The Young And The Restless Spoilers: Chance Frightened To Get Arrest – Adam And Chelsea Take Risks 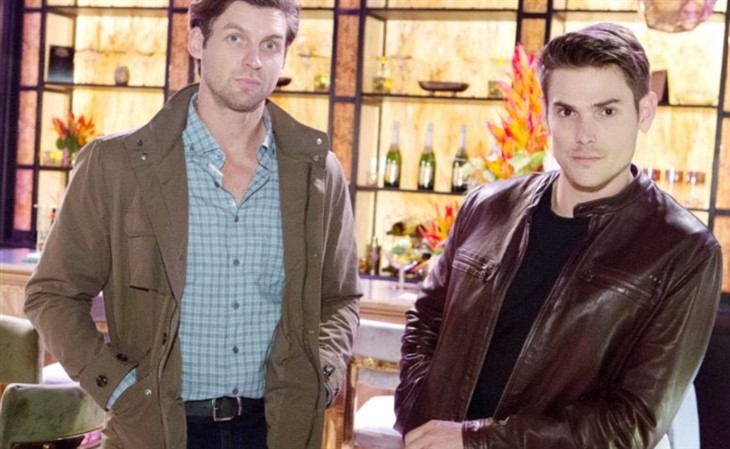 The Young and the Restless spoilers document that Chance Chancellor (Donny Boaz) has a legitimate fear. He believes that his link to the man Adam Newman (Mark Grossman) killed in self-defense will be revealed. That could quickly lead to one, or both men’s arrests.

Meanwhile, Chadam is acting with reckless abandon. Chelsea Lawson (Melissa Claire Egan) has decided to back Adam’s latest pursuit of self-indulgent vengeance against his father. And this effort makes less sense than nearly if not all of the others.

Chance wasn’t suffering from amnesia. He wasn’t living under the assumed name, Spider, and playing poker for a living. While he’s from a prominent family, his last name also wasn’t Newman.

But Adam fell into all of the above categories. And, he wasn’t working for the law. Adam was skirting it, though he didn’t even know it when he and Chance crossed plot paths.

As Adam learned, Chance was pursuing a suspect. Both characters happened upon each other when they were off-screen. Phyllis Summers (Michelle Stafford) later told the guys that she saw them in Las Vegas, Nevada. That came after the Phyllis recast, during the transition from Gina Tognoni (Phyllis) back to Stafford.

Adam has actually convinced himself that this is the time when he’s going to get one over on his old man once and for all. Chelsea thinks her relationship with Adam is dependent on supporting this effort, so she’s all for it.

Even the most ardent Adam fans might momentarily admit that he is acting with total ingratitude. He blamed his father for abandoning him in Kansas, which wasn’t true.

Now, after having Victor Newman (Eric Braeden) tell him the terrible truth about what happened in his mother’s dining room, Adam has opted to rage against his father, when A.J. Montalvo (Marcus DeAnda) was and remains the overwhelming cause of his mental anguish.

As long as he’s on the earth, Victor will always survive. He has played to the occasional loss, but then rebounded. There have been some stalemates, along with plenty of victories.

The Young And The Restless Spoilers: Lola's Interest In Theo Not Serious – Rebound Relationship Destined To Fail? #yr #youngandrestless https://t.co/yks1ZMttiK

So, Adam’s bravado, which stifles logic, is propelling this attempt to payback Victor for another imagined wrong. But, as devoted Y&R viewers know, Victor stands for victorious, which is what he, not Adam, should be by the end of this arc.