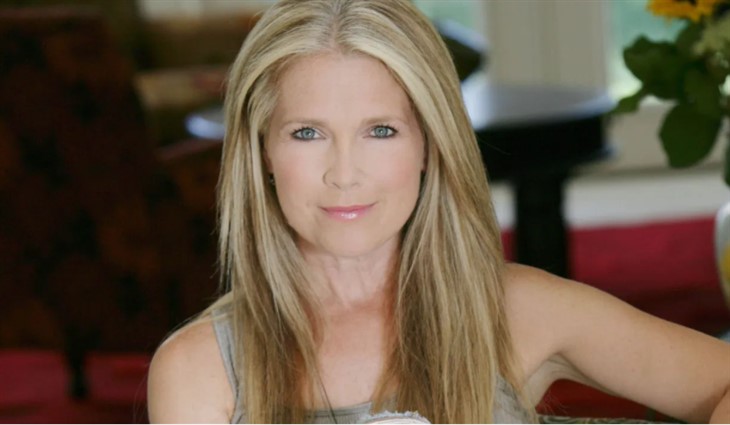 Days of Our Lives star Melissa Reeves (Jennifer Horton) and her husband, Scott Reeves have a lot to celebrate. Just last month, they welcomed their first grandchild and now they are celebrating the birth of their second grandchild. Keep reading to get all the details!

Last month, the DOOL star was ecstatic over the birth of her first grandchild, Wood McClain Smith. The little boy was born to Nate Smith and Emily Smith, which was announced on social media by the newborn’s grandfather. At that time, fans knew that Scott and Melissa were also waiting for the arrival of a second grandbaby.

Days Of Our Lives Spoilers: Brady Has A Confession To Make

On Instagram, Olivia Reeves announced the arrival of her son. Olivia and Larry Reeves had a little boy on September 18, 2020. They named him Lawrence “Levi” Reeves and he weighed 9 pounds, 2 ounces. Olivia wrote on the social networking site,

“Lawrence Levi Reeves made his grand entrance into the world September 18th at 7:22 pm weighing 9 pounds 2oz. We are overwhelmed with a love for him we never could have imagined and can’t believe what a precious gift we’ve been entrusted with. Is this real life?!?”

Meet, Law ❤️ Lawrence Levi Reeves made his grand entrance into the world September 18th at 7:22 pm weighing 9 pounds 2oz. We are overwhelmed with a love for him we never could have imagined and can’t believe what a precious gift we’ve been entrusted with. Is this real life?!?

Days Of Our Lives – Melissa Reeves Taking Break From Soap

Just last week, it was announced that Reeves was taking a break from Days of Our Lives. She has played the role of Jennifer Horton for many years. However, for the time being, the part will be played by soap alum Cady McClain. It was stated by Soap Opera Digest that Reeves decided not to commute from the East coast to Los Angeles at this time. However, it was also not stated just how long this break would be.

Reeves has played the role of Jennifer since 1985. According to IMDB, a few years ago, she worked on Where the Fast Lane Ends. Prior to that, she was in Basic Training, Half a Dozen Babies, Winter Heat, Night Sins, One Stormy Night, Summer Camp Nightmare and Deadly Nightmares. In her younger years, she was cast in Highway to Heaven, Santa Barbara, and Hotel.

We want to send a huge congratulations to Scott and Melissa Reeves on their two new grandchildren! We hope that everyone remains happy and healthy. What are your thoughts on Levi Reeves finally arriving into the world? Do you understand the actress deciding not to commute to L.A. for the time being? We will keep you posted with any new developments and updated information as it becomes available.