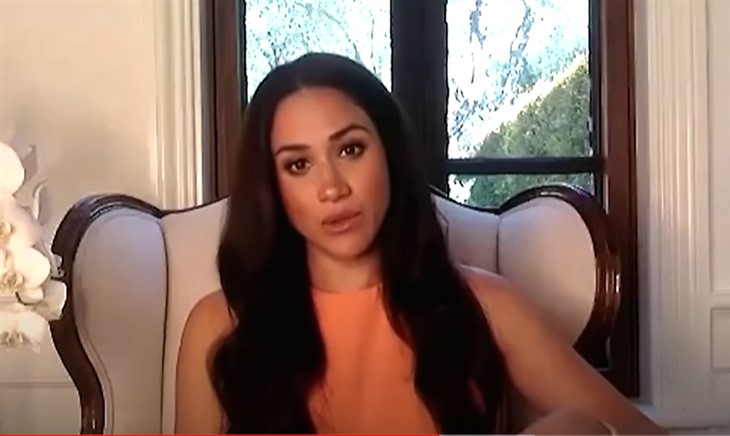 Feminist Gloria Steinem just dropped a bombshell by saying that Meghan Markel, “came home to vote.” She told Access Hollywood, “The first thing we did, and why she came to see me, was we sat at the dining room table where I am right now and we cold-called voters. Said ‘hello I’m Meg’ and ‘hello I’m Gloria’ and ‘are you going to vote?’ That was her initiative.”

Wow. If that’s true the UK got turned upside down just so that Meghan could have her way? Markle has been increasing her political activity since leaving the UK in March.

The jewel in her crown, so to speak, was a sit-down with Democrat campaigner Gloria Steinem.

Meghan Markle Is Calling Voters Ahead Of The Election

In recent days Meghan has participated in several politically-tinged interviews and events after reports surfaced that she was frustrated at her inability to get involved in politics while a senior royal.

Steinem went on to claim that her Meg has a princess, “stereotype hanging over her head.”

She said she thinks her Meg is, smart, political, and here’s the kicker, “came home to vote.”

During her publicized talk with Gloria, Meghan said, “I’m so excited to see that kind of representation,” referring to Kamala Harris, “You know, for me, being biracial, growing up, whether it was a doll or a person in office, you need to see someone who looks like you in some capacity.”

“As many of us believe, you can only be what you can see. And in the absence of that, how can you aspire to something greater than what you see in your own world? I think maybe now we’re starting to break-through in a different way.”

Prince Harry Now Part Of A Cali Helicopter Club So He Can Take Off With Meghan Whenever He Wants https://t.co/Esa41LX4Ad pic.twitter.com/n0KLNp82lC

Meghan has made it her mission to tell US women to vote in the 2020 presidential election, saying there is a need for change and, “If we aren’t part of the solution, we are part of the problem.”

She also addressed people at the When All Women Vote Couch Party, an online event organized by the non-profit organization When We All Vote, which was founded by Michelle Obama.

At that event, she said she was excited to participate and said, “We need [your work] now more than ever.”

“I think this is such an exceptional time [and I am] happy to be here for my friend Michelle Obama’s When We All Vote, and to kick off the When All Women Vote Couch Party.”