The Young and The Restless News Update: Camryn Grimes Claps Back At Haters 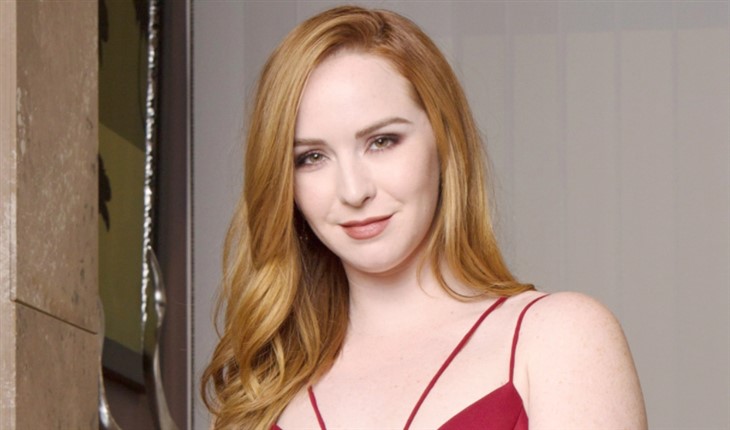 The Young and the Restless spoilers reveal that Camryn Grimes (Mariah Copeland) isn’t about to let others bully her or influence how she does things. She recently tweeted her thoughts on the passing of Supreme Court Justice Ruth Bader Ginsburg, and one fan took her to task. Grimes responded brilliantly.

The Young And The Restless Spoilers – Camryn Grimes Defends Herself

Grimes addressed Justice’s death by tweeting, “Rest in power. Resist in peace. A legacy and career for the ages.”

Grimes gathered many comments on this post with some agreeing and some disagreeing with her sentiment. In particular one fan wrote, “Young & Restless has been my favorite show since high school. Since you have decided to become so political, not taking into consideration your fans come from all political affiliations, I fast-forward through every one of your scenes.”

They added, “as a celebrity, you should consider your whole fan base before speaking. [Your] job is to entertain us, period.”

Grimes handled the flak with grace and humor. She replied that she, “never saw that clause in the actor contract I signed when I started; I’ll have to have my lawyers look into that.”

Accompanying the tweet was a gif of Jim Carrey’s character in the movie Liar, Liar saying, “The truth shall set you free!”

Grimes inquired if her critic applied the same standard to other Y&R stars who also express opinions. “Just trying to get an idea of how much of the show you actually watch,” Grimes stated, “considering I don’t do anything differently than 99% of our cast.”

Hmm… never saw that clause in the actor contract I signed when I started, I’ll have to have my lawyers look into that. https://t.co/VKOoubuVFS pic.twitter.com/M1kpI70dxY

Many fans defended Grimes’ stance and many did not. One fan wrote, “We are all entitled to express our opinions without any mental reservation or purpose of evasion!”

Not every one agreed, with one writing, “My opinion of actors is they are there to entertain me. Period. When they think they’re political scholars, that ceases to entertain me. If they spew enough hate, I stop watching them.”

To that point, Grimes responded that she would not, “dare claim to be a political scholar, just a human being passionate about our progress as a civilization and as a country. But posting that as an actor, I forfeit all rights to that and exist solely for your entertainment is bonkers. Should I don a jester’s apparel next?”