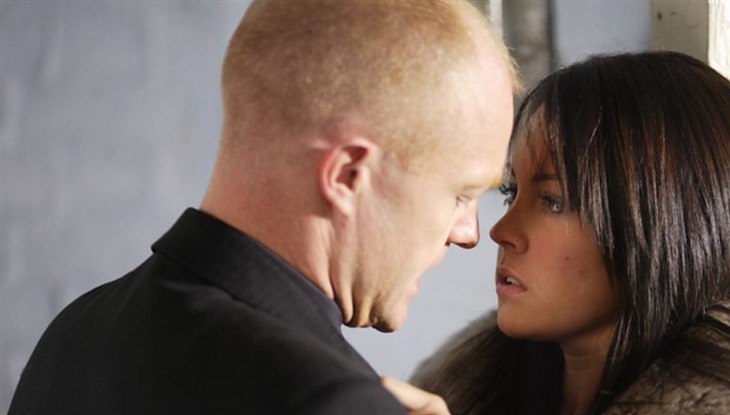 Eastenders spoilers reveal that the actors that play Max Branning (Jake Wood) and Stacey Slater (Lacey Turner) have both confirmed they are leaving the soap by the end of the year. Could their two exits actually be part of one big plot? It is teased that Max and Stacey could end up sharing an explosive storyline that could explain both of the characters leaving.

Soap expert Sharon Marshall, who has written for both Eastenders and Emmerdale, hinted that Max and Stacey could end up in an explosive romance. Marshall speculated on Max and Stacey’s future during a segment of This Morning (via the Mirror). Both the actors have already confirmed they are leaving. According to the report, Max and Stacey won’t be killed off, so how exactly will they be written off?

It was recently confirmed that Lacey is pregnant, so it was speculated that she would be taking another break from the soap. Marshall told Holly Willoughby and Phillip Schofield, the soap expert said,

“Congratulations to Lacey and her husband Matt, who they’ve announced are pregnant with their second baby. She’ll arrive and then she’ll go off again. But of course, door open.”

Just like Lacey, Jake Wood also announced he was going to be taking a break from Eastenders. However, Marshall said that the door would also be left open for him, so Max Branning could come back.

The soap expert suggested that there is a chance that Max and Stacey could rekindle their former romance. What if they get back together, then it could result in a double exit within one plot. “… could those two former lovers go off together again? Maybe…”

This Morning also played a short clip of Stacey’s daughter, Lily (Lilia Turner). She definitely is very Slater-esque! When Ruby Allen (Louisa Lytton) talks to Stacey, she calls her a “thieving cow.” Then, Lily comes up and demands that Ruby not talk to her mother like that (wearing sunglasses, of course).

Do you think Max Branning and Stacey Slater could make a big exit together? Do you believe it will be an explosive romance that causes them to leave? When do you think we will see Jake Wood and Lacey Turner come back to the soap?