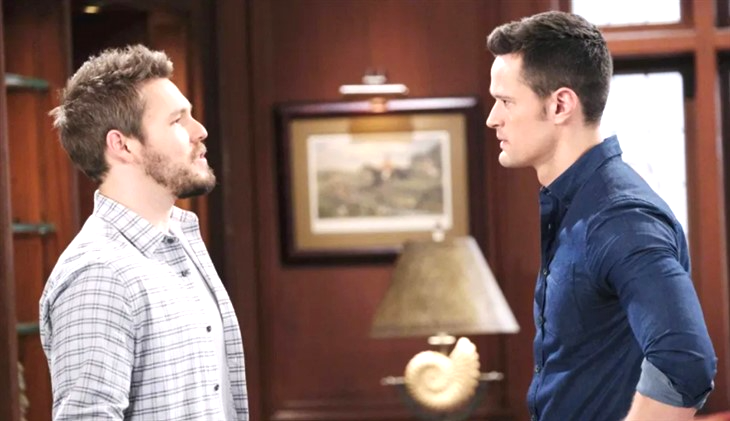 The Bold and the Beautiful spoilers document that Thomas Forrester (Matthew Atkinson) retains no good will in his heart for Liam Spencer (Scott Clifton). But he does have lingering feelings for that man’s wife, Hope Spencer (Annika Noelle). So, Thomas will consider if she’s beginning to trust him again, or might.

Liam and Hope are getting along fine. They love each other completely and have expanded their family from three to four and on some days, five.

Steffy Forrester’s (Jacqueline MacInnes Wood) rapidly developing addiction issue is already causing Liam to focus on his one-time wife and alternative love of his life. With that Thomas will spot an opening.

The Bold And The Beautiful Spoilers: Finn Backs Liam – Steffy In Trouble

Thomas takes every opportunity to stick it to Liam. He detests the man who, in his mind, stole Hope from him.

As viewers know, Hope wasn’t stolen. She never loved Thomas. Yes, Hope acknowledged that Thomas was nice to look at. But she never had any feelings for him, other than forms of compassion regarding his plight following Caroline Spencer’s (Lindsey Godfrey’s) death.

As the last arc proceeded, Hope came to distrust Thomas and eventually outwitted his attempt to use Zoe Buckingham (Kiara Barnes) and Douglas Forrester (Henry Samiri) as weapons in an attempt to recreate Thope.

While Thomas does care about his sister, Steffy, he isn’t above using her pain related problems to his own advantage. Seeing the Liam is turning his attention away from Hope allows Thomas to put himself in her path more often.

Hope has been telling people that she and Thomas are co-parenting Douglas and that effort is going well. However, she’s conditioned her impressions with the awareness of who she’s dealing with.

All that’s happened between Thomas (meaning the Atkinson edition of this character) and Hope dates back a year-plus. So, history isn’t ancient and Hope hasn’t forgotten that Thomas kept Beth Spencer’s (Madeline Valdez and River Davidson) existence from her and then used his own son to emotionally orchestrate a marriage. But Atkinson’s character also encouraged Hope to become Douglas’ new mother, as she has.

The Bold And The Beautiful Spoilers – Douglas Forrester Remains Vital

Hope came to love Douglas, after bonding with him upon their first meeting at the Forrester mansion after his return from New York. Samiri’s character was able to overcome his grief and embraced Hope completely. On that plot point, Thomas did want the best for his son.

Now, as this new stage of their connection develops, Hope will have a choice to make. Will the apparent redemptive steps Thomas is making lead to trust being incrementally restored, or should she remain permanently guarded?