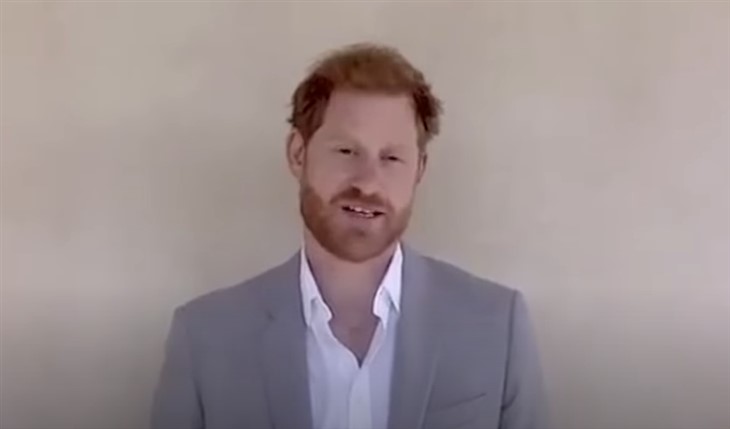 Have you heard the one about the British Prince becoming an American citizen? Don’t laugh, it’s not that kind of joke, at least it won’t be to the entire royal family. During a much-panned performance on national television last night, the man is formerly known as Prince, Harry, may have dropped a hint about becoming a US citizen.

Meghan and Harry were asked to appear in a special presentation of Time’s 100 most influential people–they did realize they weren’t on the list beforehand?

What they did was deliver a message about voting that most people assumed was a plea to vote for Joe Biden. It was remarkable also because Harry breached royal protocol by compromising the neutrality upon which the monarchy depends.

At the same time that Harry was trashing his family’s integrity, he took the time to tell the world that he is not eligible to vote in “this” presidential election.

Is Prince Harry Seeking US Citizenship?

Keeping his run of hostage-like videos intact, Harry intoned, “This election, I’m not going to be able to vote here in the US.” Many royal watchers took that to be the first shot across the bow of his UK citizenship.

He went on to say that he never voted in Britain either. That’s because protocol dictates that the royal family not enter politics. So by mouthing off last night, Harry, or the Duke of Sussex as he was referred to, stabbed his family in the back once again.

In order for Harry to vote in a future election in the US, he would likely need a “green card” and remain in America for at least three years.

When asked, a source close to Harry declined to comment on Harry’s words and/or his future intentions.

“They are not working royals. They are private citizens and it’s understandable they want to keep those matters private,” the source said. Like they’ve been keeping their politics quiet?

Prince Harry Now Part Of A Cali Helicopter Club So He Can Take Off With Meghan Whenever He Wants https://t.co/Esa41LX4Ad pic.twitter.com/n0KLNp82lC

What Would The Royal Family Do If Harry Became An American Citizen?

Meghan is an American citizen so she can vote in US elections. Harry’s immigration status in the US is not entirely known. If he chose to pursue this avenue, he has a choice of visas to apply for.

He could apply for an O-1 visa for, “individuals with extraordinary ability or achievement,” for example (we do hear you laughing). To be clear Harry himself has announced plans to take up dual nationality as of this date.