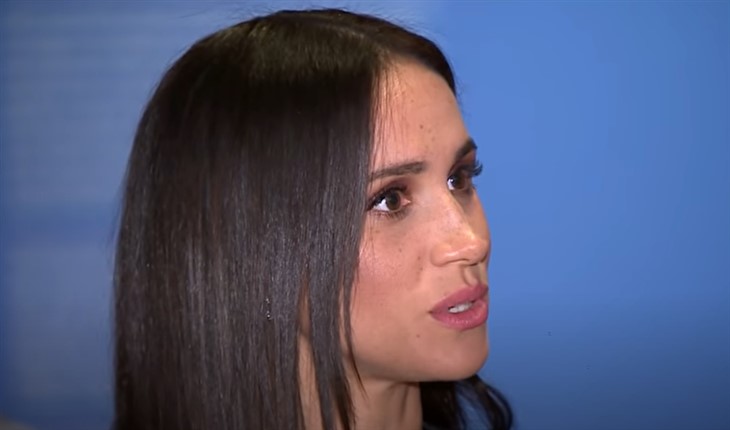 The word on the street is that the popularity of Meghan Markle and Prince Harry is crashing. As evidence of this downward trend, British tabloids tracked down Meghan Markle lookalike, Sarah Mhlanga. Before “Megxit,” the British actress was approached by a myriad of brands who wanted to take advantage of her amazing similarity in looks to the real Meghan Markle.

However, since the Duke and Duchess of Sussex ditched the UK and cashed in on a ginormous Netflix deal of which many feel they’re undeserving, Sarah Mhlanga hasn’t found much work pretending to be Meghan. Name brands and charities first approached Sarah when Meghan Markle became engaged to Prince Harry. In an interview with a major tabloid, Sara said, “When she got engaged my agent suggested I do some work as Meghan.”

The English actress went on to note that her gigs as Meghan Markle soon dried up, however. “When she and Harry announced the LA move, work was busier, but now nothing.” Interestingly, it’s been reported that Sarah Mhlanga actually attended Meghan Markle and Prince Harry’s wedding. She caught Meghan Markle’s attention later when she went to a party “as Meghan” and the duchess happened to be there as well. Sarah Mhlanga has suggested that Meghan Markle was very friendly to her.

In any case, since Harry and Meghan Markle has resettled in the United States, Sarah Mhlanga has stopped working as a lookalike and has gone back to acting in the UK’s entertainment industry.

Sarah Mhlanga isn’t the only Meghan Markle lookalike running around the planet. American mom, Akeisha Land shocked Instagram users when someone noticed the resemblance between her and Meghan Markle. Her photos went viral with media outlets like “Today” picking them up and running stories.

Unlike Sarah Mhlanga, and unlike Meghan Markle, Akeisha Land apparently has no desire to stand in the limelight. As she noted in an email exchange with Today, “It’s so crazy to me to see my face all over the place just because people think I look like her (Meghan Markle), and I’m usually very much ‘behind the scenes’ and like it that way. I’m just a normal mama from Missouri!”

Moreover, neither Akeisha nor her family are fans of the British Royal Family or follow any news concerning them. Akeisha went on to say that, “My kiddos have no clue who any of the royals are. They were calling me ‘duchess’ yesterday, though, because my hubby told them to, so that was pretty hilarious!”

While it might sound insulting to think that someone who looks almost exactly like you (as Akeisha Land does when compared to Meghan Markle) knows next to nothing about you … the truth is that Meghan and Prince Harry have no one to blame but themselves.

The Duke and Duchess of Sussex’s popularity throughout the UK and elsewhere have dropped like a rock. While Prince Harry was once considered a benefit to the British Royal Family, that’s no longer the case. For example, a YouGov poll showed a drop from 75% to 35% in the belief that Prince Harry was an asset to the Crown. This means a whopping 65% of the British public now sees Prince Harry as a liability to Buckingham Palace.