Days Of Our Lives Spoilers: Abe Betrays Daughter, Tips Off Trask – Will Lani Be Punished? 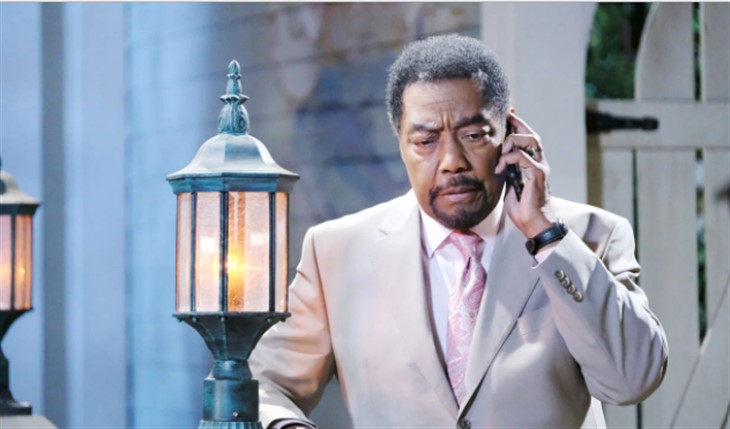 Days of Our Lives spoilers reveal that Lani Price Grant (Sal Stowers) confides in her father and asks him for a favor. Then, he ends up unintentionally betraying her. It turns out that he accidentally tips off DA Melinda Trask (Tina Huang) and it could lead to big consequences. What exactly does Trask find out, can Abe Carver (James Reynolds) fix his mistake before it’s too late?

Days Of Our Lives Spoilers – Confiding In Father

DOOL spoilers reveal that Lani has confided in Abe before. In fact, it was because of him that she went back home to Eli Grant (Lamon Archey). Even though Kristen DiMera (Stacy Haiduk) encouraged Lani to forgive her husband, Abe was actually the first person that the pregnant detective confided in.

Next week, Lani will go to Abe once again and ask him for a big favor. No doubt it has to do with helping Kristen as Trask goes after her for the attempted murder of Victor Kiriakis (John Aniston).

Days of Our Lives Spoilers: Allie Horton’s Baby Finally Gets a Name! Find Out What It Is Here

We don’t know what this big favor is that Lani asks of her father. What is known is that Trask interrogates Eli and puts him in an awkward position. Then, he warns Lani that Trask is going after Kristen full-force. If Kristen’s confession to Lani ends up being found out, then both women could end up paying a high price. Perhaps Lani asks her father, who just happens to be the mayor, to use his position to help Kristen escape a conviction?

Days of Our Lives spoilers reveal that Abe will accidentally tip off Trask. This must have something to do with Lani confiding in her father and asking him for a big favor. Even though he probably doesn’t mean to let confidential information slip, you better believe Trask will use it to get justice. She has always played hardball and has never given any leniency to criminals.

She wouldn’t even budge with Gabi Hernandez DiMera (Camila Banus), even though it could save baby Mickey Horton (who was later discovered to actually be Rachel Isabella DiMera Black). So, she certainly won’t budge for someone like Kristen.

Abe will likely find out that he unintentionally tipped off Trask and be filled with regret. His remorse won’t have anything to do with Kristen, though. The fact that his actions might end up costing Lani everything… including her freedom… will weigh heavily on the mayor. Is there any possibility of him fixing things and preventing his daughter from paying a high price for his mistake?