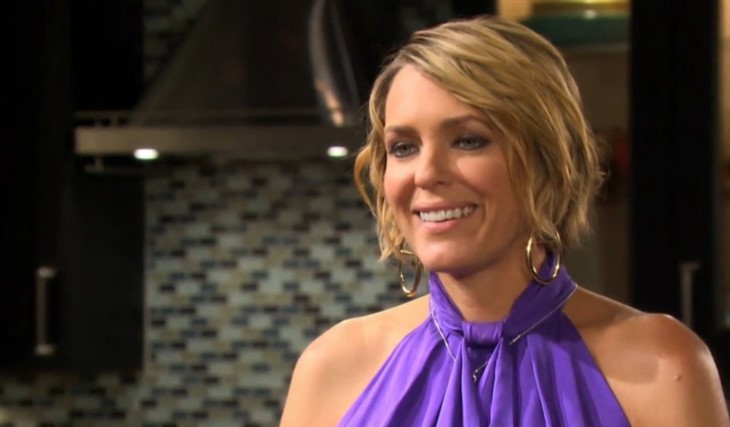 Days of Our Lives spoilers confirm that Greg Vaughan aired his final scene as Eric Brady last week. When the actor told his co-star that he was leaving the soap, Arianne Zucker (Nicole Walker Brady) started laughing. But it’s not because she wanted him to leave. Find out what the actress had to say about her unusual reaction to the exit announcement and why she thought it was hilarious.

DOOL spoilers reveal that Vaughan let fans know that he had already left the NBC soap opera during a podcast. However, before he announced the news to the public, the actor let his co-stars know that he was saying goodbye to the NBC soap opera. One of the first people Vaughan told was his good friend in real life and co-star, Arianne Zucker.

Days Of Our Lives Spoilers: Abe Betrays Daughter, Tips Off Trask – Will Lani Be Punished?

In the latest issue of Soap Opera Digest, when Vaughan told Zucker that he was leaving the daytime TV show, she had a usual reaction. Instead of saying she understood, crying tears of sadness, or asking him not to go, Zucker laughed.

Days Of Our Lives Spoilers – Why Did Arianne Zucker Laugh?

Days of Our Lives spoilers reveal that Zucker didn’t actually think it was funny that Vaughan was leaving. So, why did she laugh when he told her the news? The actress explained to the magazine,

“ I was like, ‘First you leave, then I leave, then you leave… these poor characters, never together.’ And I just thought it was hilarious, storyline-wise. I know when I took my break, he was like, ‘Really?’ I would have loved to have seen more of the joy of Eric and Nicole, even though it’s a soap opera and that doesn’t last forever. But we finally give the fans what they want, here we are again.”

DOOL Spoilers – What About ‘Ericole’?

As for Eric and Nicole, they remain together and are committed to their marriage. They just won’t be in the same town, let alone the same country. Eric will be in Africa helping villagers, which he feels called to do. As for Nicole, she will be busy raising Henry Lucas Horton, Allie Horton’s (Lindsay Arnold). Nicole will also deal with Allie remembering that she was raped and believing that Tripp Dalton (Lucas Adams) is the man who did it.