Meghan And Harry ‘Made UK Great Again’ – When They Left, According to Former Trump Advisor 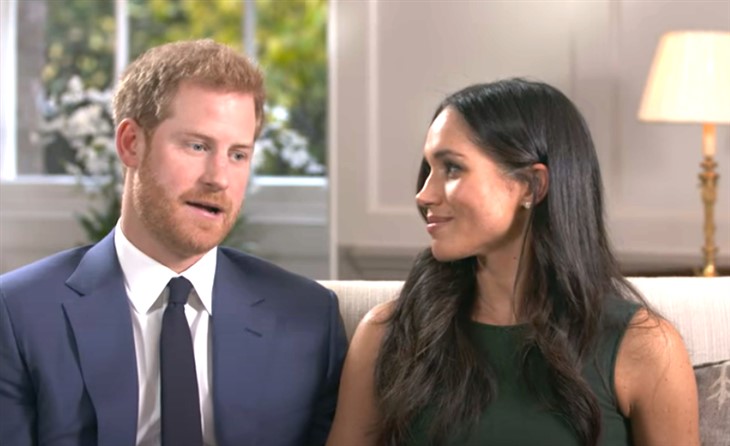 With all of the appearances, Meghan Markle and Prince Harry have been making of late, one would think that the public loves them. Indeed, one has to wonder why the Duke and Duchess have been getting so much attention in America considering the fact that the couple made a lot of noise about wanting nothing but privacy while still living in the UK. However, Harry and Meghan Markle have been ditching the idea of privacy entirely and are now seen regularly making political pitches to anyone who will listen.

For example, Meghan Markle and Prince Harry both took part in a video clip for the ABC network wherein they insinuated that American president Donald Trump must be replaced. For her part, Meghan Markle said, “We’re six weeks out from the election, and today is Voter Registration Day. Every four years, we’re told the same thing, ‘This is the most important election of our lifetime.’ But this one is.”

Prince Harry was even less subtle, saying, “As we approach this November, it’s vital that we reject hate speech, misinformation, and online negativity.”

Prince Harry and Meghan Markle’s comments were interpreted by practically everyone as a subdued call for regime change in America.

It’s no secret that Meghan Markle has never been a fan of Donald Trump. However, her overt political activism and now Harry’s has even left-wing politicians in the UK raising their eyebrows. As former Liberal Democrat MP, Norman Baker said of Prince Harry’s recent comments, “I agree with what he says but disagree with his right to say it.”

Donald Trump hit back at Meghan Markle personally, saying he’s “not a fan.” The president then went on to wish Prince Harry “a lot of luck, because he’s going to need it.”

However, it was President Trump’s former campaign manager, Corey Lewandowski, who really took Prince Harry and Meghan Markle to the task. In an interview, Mr. Lewandowski said, “They (Harry and Meghan) made Britain great again by leaving, I hope they do the same for us.”

British Commentators Agree With Lewandowski on Meghan and Harry

Trump’s advisor is hardly the only person who has had enough of the Duke and Duchess of Sussex’s sermonizing and hypocritical lecturing (and interference in American politics).

For example, Rachael Bletchly wrote in an article for The Daily Mirror that, “Harry has selfishly turned his back on the institution she [the queen] has fought to modernize and secure for him and his children. And, he didn’t even have the guts or decency to tell her, or his own father, of the bombshell he was about to drop in their laps.”

Ms. Bletchly went on to write, “Well, good riddance, I for one have had a bellyful of Harry’s eco-warrior hypocrisy. The tragedy is he was once the most loved of the modern royals — from the moment he walked behind his mother’s coffin our hearts ached for him. Then he met Meghan. But boy, she changed our Harry.” Unless Meghan and Harry can contain themselves, it’s unclear just how far their collective star might fall in the eyes of public opinion.