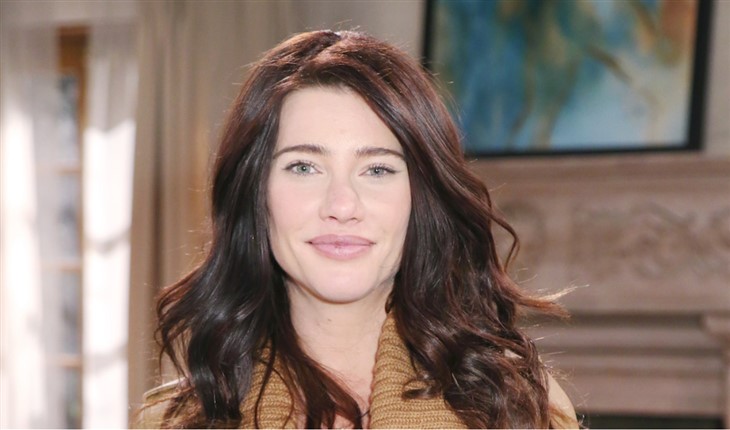 The Bold and the Beautiful spoilers document that Thomas Forrester (Matthew Atkinson) has become painfully aware of his sister’s crisis. And pain is the trigger that sparked Steffy Forrester’s (Jacqueline MacInnes Wood) rapid decline.

There’s no doubt that Steffy’s dependence on the prescription medication she was initially given led to the wild scene Thomas walked in on at the cliff house. That came after Liam Spencer (Scott Clifton) acted as any responsible parent would when protecting Kelly Spencer (Avalon and Colette Gray).

The Bold And Beautiful Spoilers: Liam Tells Dr Finn About The Pills – Ridge and Liam Stage An Intervention!

The Bold And The Beautiful Spoilers – Thomas Forrester Still Recovering

The above arc seemed to have passed, but Thomas was shown reflecting about Hope recently. He was recalling hopeful times, where he believed marriage and adding Hope to his family, which means Douglas Forrester (Henry Samiri), was destined.

Steffy appreciated Thomas’ visits to the cliff house in recent weeks, as it demonstrated that he truly was thinking of people other than himself. But she, like Ridge Forrester (Thorsten Kaye) and others, know that Thomas still has a lot of work to do.

It’s wise of B&B to shift chaos focus from Thomas to Steffy. Atkinson’s character played his storyline to the hilt, with Thomas’ few month absences earlier this year and current turnaround being natural.

Steffy has often been portrayed as a stable sibling, as compared to Thomas. Writing Steffy into her current, sorry state is fully jarring, as is intended.

Bridge’s latest collapse created a distraction for Ridge, who was then manipulated into marrying Shauna Fulton (Denise Richards). But Kaye’s character will soon be fully present for Steffy.

The Bold And The Beautiful Spoilers – All Hail Jacqueline MacInnes Wood!

B&B is crafting a story that’s topically informative while also being a great old-fashioned drama. Here’s hoping that whenever the crescendo appears it’s steep and the climax proves satisfying. Based on what’s been seen so far it’s reasonable to expect that a game-winning grand slam will be hit in the bottom of the ninth in an already terrific number of early to middle winnings.