The Young and The Restless Spoilers: Donny Boaz Has Something To Celebrate About His Status With Y&R 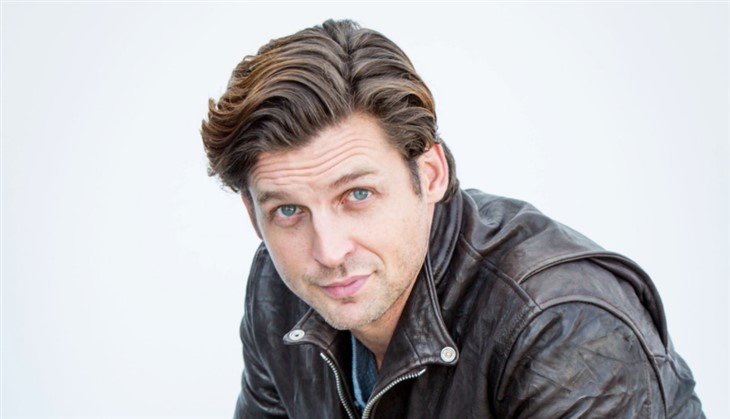 The Young and the Restless spoilers reveal that Donny Boaz (Chance Chancellor) has signed a three-year contract with the CBS sudser.

The handsome and talented star debuted in the role last year replacing the previous actor in the role, John Driscoll. Boaz confirmed the good news during a Zoom meeting.

It may not surprise you to learn that the drop-dead gorgeous star Boaz began his career as a male model. He worked for Calvin Klein, Abercrombie, Mothers Against Drunk Driving, and did runway work in Milan, Italy.

The Young and the Restless Spoilers: Sharon’s Test Results Are In – And It’s Not What She Expected

Believe it or not, he lost his scholarship to Southwestern Assemblies of God University in his junior year s because he was modeling Calin Klein underwear and the school found that to be not in line with its mission.
Following this event, Boaz went on to spend six years working as a model.

He left Europe in 2003 to return to the states and pursue an acting career. That year he appeared in the “America’s Sexiest Man” and won a prize that entailed a short role on the soap opera All My Children.

When the role was over he jumped to Guiding Light where he appeared in multiple episodes.

From there he went on auditions even though he had no formal training as an actor and his credits include Saving Jessica Lynch, SIX, and My All American.

In 2019, Boaz was tapped to play Chance Chancellor in The Young and the Restless.

The Young And The Restless Spoilers – What Happens Next For Chance Chancellor?

Boaz has a recurring role on P-Valley as Wyatt Kyle but TPTB obviously knows that he can handle both that role as well as a contract role on Y&R.

His signing could not have come at a better time as Chance and Abby Newman (Melissa Ordway) are beginning to Sgt serious in Genoa City. Last week they had a conversation about their romance and Chance spilled that he would like to have children—someday.

Abby was shocked and clearly, they will have to get on the same page before they start a family. Long time viewers will remember that she suffered a miscarriage after the son of her last partner orchestrated a terrible accident in which she fell and lost her unborn baby.