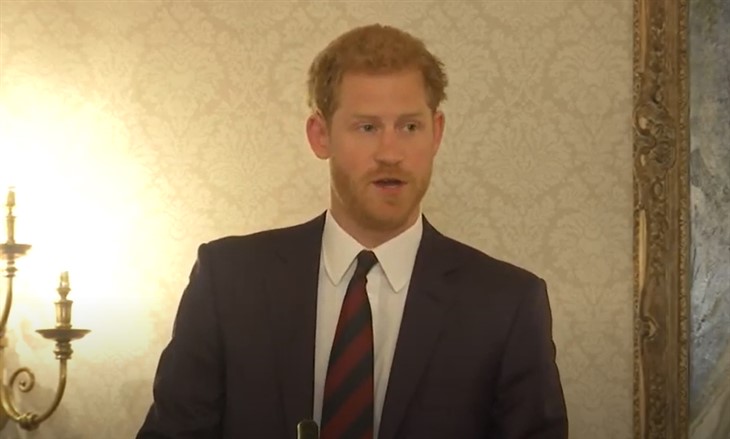 Prince Harry has become the recipient of much scorn in recent days following his participation with his wife, Meghan Markle in a video clip for Time Magazine’s top 100 most influential people, which aired on the ABC network. Everyone from Fox News contributor Joe Concha to Royal commentator Dan Wooten, seem to be recoiling in disgust at the duke’s penchant for following Meghan Markle no matter where she leads.

For example, Joe Concha suggested on Fox’s Greg Gutfeld Show that Prince Harry is not even a beta male, but instead is a zeta male (a man who has rejected the traditional expectations associated with being a man- a provider, defender, and protector).

Dan Wooten for his part, said while speaking on talkRADIO that, “say that for the moment Prince Harry remains the obedient, nodding wannabe first man. He is chipping in on Meghan Markle’s pet projects with perfectly scripted woke-ism British princely charm.”

Does Harry Have The Guts To Stand Up To Meghan Markle?

Clearly, some media figures believe Prince Harry is cowardly when it comes to standing up for tradition. They aren’t alone, as American President, Donald Trump said flatly that he is not a fan of Meghan Markle’s, and then jabbed Prince Harry squarely in the nose (figuratively speaking) when he said of Harry’s relationship with the duchess, “I wish a lot of luck to Harry because he’s going to need it.”

Understanding that traditionally, British Royals remain staunchly non-partisan, Dan Wooten asked the question that’s been on the minds of many British and American citizens since Prince Harry started getting blatantly political.

“What happens when Prince Harry actually stands up to Meghan for the first time? What happens when Harry says no Meghan I am actually going to put the sanctity of the institution that I was brought up in first?” Mr. Wooten asked.

The British commentator continued, noting that, “I actually shudder to think what would happen because I can’t imagine Meghan would take it very well.”

Not President Markle – But Maybe Meghan Plans To Run For Congress!https://t.co/7JvaF08Ho7

Meghan Markle Would Flip Out If Harry Ever Defied Her

More than one commentator has suggested that Meghan Markle is one of the most blatantly narcissistic women on the planet. Her track record of ditching friends and family who have contradicted her or made her look bad in public (in Meghan’s opinion) have found themselves unceremoniously thrown under the bus.

Thus, commentators on both sides of the pond feel that if Prince Harry wants to preserve his marriage, he’ll likely keep his mouth shut no matter what kind of a corner Meghan Markle might box him into. Dan Wooten continued his intense criticism of the Duke and Duchess of Sussex on this matter saying, “He (Prince Harry) is never going to stand up to her, he is the very definition of a henpecked husband.”

While many Meghan Markle groupies might gasp in astonishment at what they may consider vitriol leveled against the duchess, Mr. Wooten was an equal opportunity offender, insisting that Meghan Markle and Prince Harry are just as awful as each another.