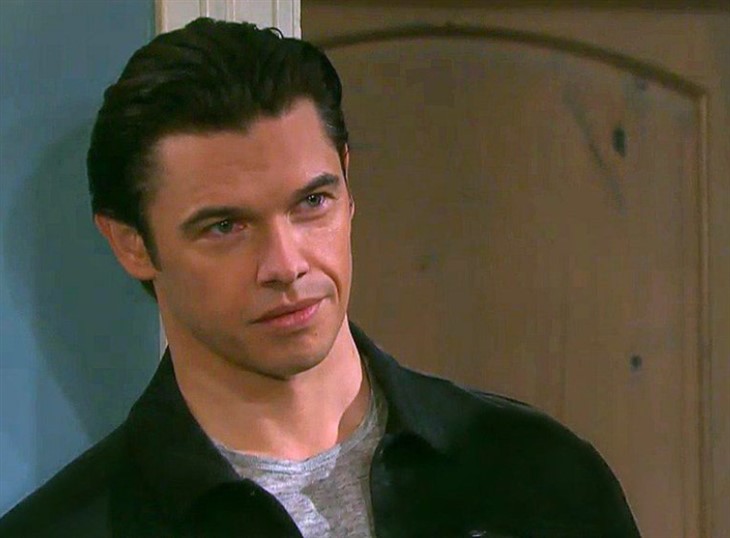 Days Of Our Lives spoilers tease that Paul Telfer (Xander Cook) has a smoking hot sense of humor and he isn’t afraid to share it! His character has been steaming up television screens with his sexy antics with Sarah Horton (Linsey Godfrey) and fans are loving every minute of their scorching hot scenes since the two have reunited.

Paul just tweeted out a hilarious spoof of Xarah’s shenanigans and you’ve got to see it to believe it. Trust us when we say it will have you rolling on the floor laughing.

Paul tweeted, “Today’s Theme Tune: https://youtu.be/PK4wofMj5-k #DaysOfOurLives #Xarah #Showerthoughts @linseygodfrey,” along with a hilarious gif that shows someone who looks like Linsey flinging off a pink towel in the bathroom. But when the person turns around we see a very hairy guy in a little pink bikini bottom. Yikes!

Telfer linked to a very old-school video of soul singer Teddy Pendergrass singing, Turn off the Lights, which is definitely worth a look.

The singer is deadly serious as he croons a love song while swiveling his hips and wearing a handful of shiny gold chains as fans scream their heads off.

Days Of Our Lives Spoilers – Xander Cook Is A Bad Boy

Other fans referred to today’s epi in which giggly bad boy Xander could hardly contain himself after his foe Philip Kiriakis (Jay Kenneth Johnson) got himself arrested at the mansion in front of his family.

One fan wrote, “Xander had Sarah, Maggie & Victor standing behind him when Philip was having a temper tantrum … then Xander smirked 🤦🏻‍♀‍,” and another noted, “Xander is about to be big trouble. He should run now!!!”

Xander was initially cheering when Philip got arrested for threatening to kill Jan Spears (Heather Lindell) but later was caught gloating by Sarah who accused him of somehow being involved in the shenanigans. Xander is skating on thin ice right now. Xarah has just gotten back together so will his latest ham-fisted move cost him Sarah’s affections once again? Or will he sweet talk his way out of his latest predicament? Be sure to tune in and find out DOOL fans!