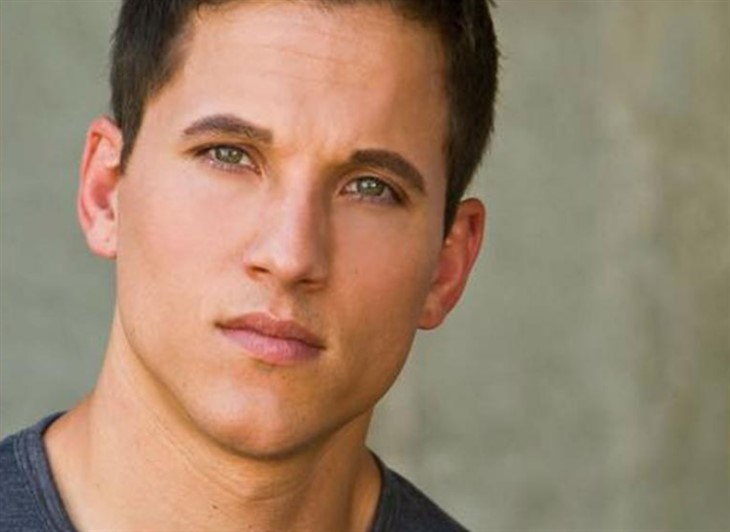 Days of our Lives spoilers reveal that a hot and mysterious new character has been cast on the NBC sudser and fans will get their first look at him next week. Michael C. Manning has joined the show as an intern named Charlie, and he will be installed at Titan Industries.

Manning posted this on his Insta, “I guess the 🐱 is outta the 🛍. “‘Charlie’ will be on Days of Our Lives starting next week. I hope you like him. Hold on tight. It’s gonna be a bumpy ride. 😏.”

Soap fans love bumpy rides and apparently he will be bumping and grinding with Claire Brady (Isabel Durant). Claire could use a friend right about now as she is mourning her bestie Ciara Brady (Victoria Konefal). This has her all sorts of vulnerable to cray Jan Spears (Heather Lindell) who seems to be planning another wacko bombshell.

Whether or not Charlie will be friend or foe to Claire remains to be seen. She and Tripp Dalton (Lucas Adams) are getting cozy so maybe there is a triangle in store? That is if Tripp has any friends left after the bombshell Allie Horton (Lindsay Arnold) is about to drop on him. Then again, maybe Charlie will give the blond vixen a shoulder to cry on as she tries to get past Ciara’s tragic and untimely death.

Right now Titan Industries is a testosterone-fueled place with Xander Kiriakis (Paul Telfer) and Philip Kiriakis (Jay Kenneth Johnson) fighting it out for the top spot. We can totally see one of them trying to use Charlie the intern to spy on the other one.

Manning was in the Washington, DC version of The Real World in 2009. From there he appeared in Cloud 9, as Nick Swift. His other credits include Love Is All You Need and Hawaii Five-O.

Manning wrote, starred in, and produced the short horror movie, Campsite Killer and he produced the documentary Kidnapped for Christ. The actor has also appeared in Teen Wolf and the digital soap The Bay.

Manning is an LGBT rights advocate and he addressed youth homelessness in the documentary Lost in America. The film was produced by Rosario Dawson and Jewel and features Jon Bon Jovi and Halle Berry.