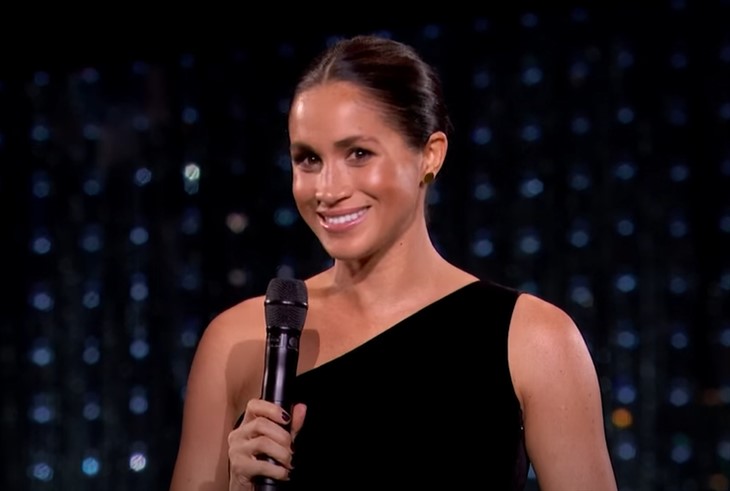 Meghan Thee Duchess of Sussex was struck down this week in a court of law for the second time in her lawsuit against The Mail on Sunday. It has been called a significant setback after a judge ruled that she can be asked under oath about how she helped the authors of her biography, Finding Freedom, write the salacious barnburner.

According to law and media experts who spoke to Newsweek, the lawsuit-happy lady should cut her losses and run before she is humiliated, and her reputation (as it were) dragged, even more.

A source told the mag, “If they think they’re going to create a big chilling effect on the media, it’s just going to escalate a desire for the media to uncover more.”

The bio has been contentious for its content which throws the royal family under the bus, and because Harry and Meghan claim that they had nothing to do with it.

Meghan has denied cooperating with the authors Omid Scobie and Carolyn Durand in spite of the fact that Omid has gone out of his way to align himself as one of Meghan’s inner circle and calls himself her “soul mate.”

Meghan telling gullible fans that she had nothing to do with the book is one thing, but testifying in a court of law that she was not complicit is quite another.

An epic number of royal watchers have stated that only Harry and Meghan could have provided some of the book’s very intimate and personal details. Will Meghan deny that and possibly perjure herself?

For instance, the book reveals what the couple had to drink on their first date as well as the content of private text messages, including about the birth of son Archie.

The key thing to know is that Harry and Meghan have made no move to sue Omid and Durand for hacking into their accounts and stealing text messages and that indicates too many that they were the ones who provided the dirty laundry to the authors.

Why Is Meghan Markle Suing A British Tabloid Over Privacy And Copyright Issues?

Meghan’s lawsuit alleges that the tabloid invaded her privacy by printing bits of a letter she sent to her estranged father. Mark Stephens of Howard Kennedy, told Newsweek, “If I was advising Meghan I’d be saying get out now. This is another hole below the waterline.”

“The risk is that how she curates her reputation, what she allows into the public domain, and what she doesn’t, are now things that will be picked over by lawyers in cross-examination.”