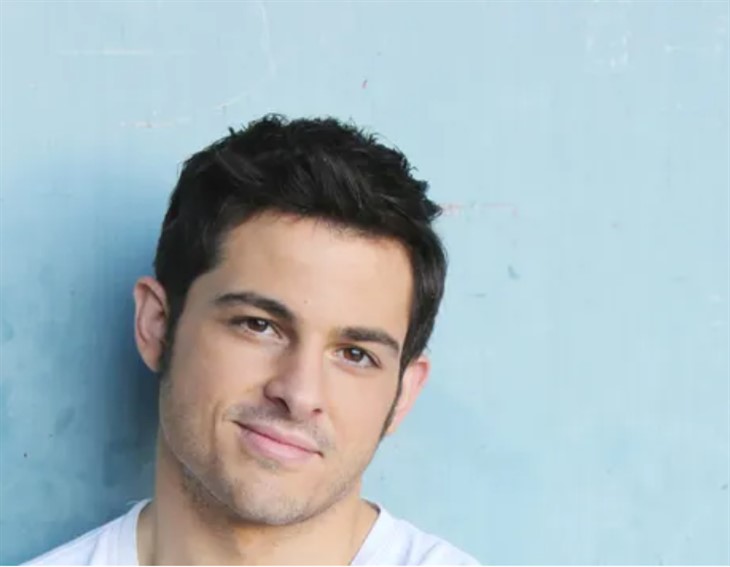 The Young and the Restless spoilers reveal that Zach Tinker is returning to the CBS sudser as Fenmore Baldwin. Fen was last seen in January when he went on the road to play to pursue his singing career.

The Young and The Restless Comings and Goings: Madison Thompson Cast On Y&R – Mysterious Young Woman Comes To GC

Along with Tinker, Chapman is also reprising her role as a member of the extended Baldwin-Fisher family. She appears as Gloria Fisher Abbott Bardwell in October and her visit has been described as a “surprise.” This sounds exactly like Gloria who is known for her zany antics and unpredictable behavior.

Tinker joined the cast in 2018. The New York City native moved to Los Angeles at the age of three and he was a theater major at Loyola Marymount University. His first television role was in Murder in the First in 2015, as Specter and his credits include films, shorts, and TV series, including Law & Order True Crime: The Menendez Murders, in which he played Craig Cignarelli.

Tinker’s girlfriend is Y&R star Cait Fairbanks (Tessa Porter). Each of them has chronicled their shared COVID isolation period on their socials.

The Young And The Restless Spoilers – What Will Fen Baldwin Get Up To Upon His Return?

Tinker took over the role of Fen from Max Erich. Fen is the son of Michael Baldwin and Lauren Fenmore. The character debuted in 2006 and was portrayed by several actors until he was subjected to the SORAS situation. This happened in 2012 and at that time he was aged to a teenager with Ehrich taking over the role until 2015.

Past plots involving Fen have included his relationship with Summer Newman (Hunter King), and a cyberbullying plot with Jamie Vernon (Daniel Polo). More recently Fen had trouble with addiction issues and his parents were gravely concerned about his ability to pull himself out of his situation.

Fun Fact: Zach Tinker was nominated for a Daytime Emmy Award in the Outstanding Younger Performer in a Daytime Drama category in 2019.

The Young And The Restless (Y&R) Spoilers: Eric Braeden Praises His Superstar…

The Young And The Restless (Y&R) Spoilers: May 13 Features A Chess-Centric…

The Young And The Restless (Y&R) Spoilers: Amanda Embraces Change –…