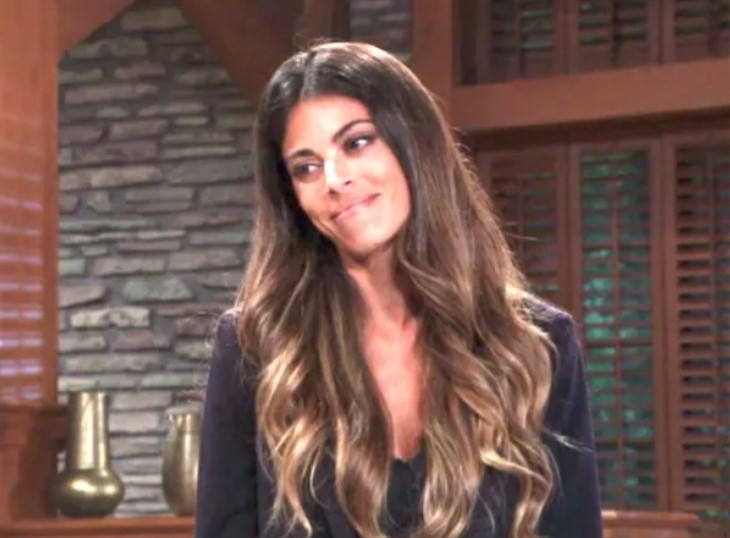 General Hospital – alum Lindsay Hartley is someone that soap fans miss dearly and that’s probably why there are quite a few people asking the same question lately: is she coming back to the daytime television world? The last time that the actress was on the canvas was earlier this summer when she temporarily replaced Kelly Monaco as Sam McCall for two weeks. Here’s what you need to know.

General Hospital Spoilers – Alum Lindsay Hartley: Is She Coming Back To Daytime Television?

Lindsay managed to not only impress fans as Sam in Port Charles, but she’s also best known for her role as Theresa Lopez on Passions, Arianna Hernandez on Days of Our Lives, and Dr. Cara Castillo on All My Children. In other words, Lindsay is a daytime television vet who really knows how to deliver the drama. In fact, a lot of fans were quite impressed with her portrayal of Sam McCall, with many saying that they haven’t seen the character to animated since Lindsay took over.

While there’s no doubt that fans would absolutely love to see Lindsay back on the small screen sooner than later, she hasn’t made any comments about a possible comment. However, she does have one project in the pipeline. She recently starred in a television film called Dawn of 5 Evils, which is currently in post-production. She also starred in the television movie Deadly Daughter Switch this year, along with The House on the Hill and Terrified at 17.

Even though she has immense talent and plenty of fans from all over the world, Lindsay is not the kind of celebrity or soap star who likes attention. In fact, she doesn’t post on social media as often as some of her counterparts and instead likes to focus on her personal life and her life as a mom to her teenage daughter Isabella, who she shares with her ex, Justin Hartley.

So far Lindsay herself has not made any comments about her future projects or endeavors, but it’s without a doubt that fans would love to see her back on daytime television. Do you agree? Let us know what you think in our comments section below. Do you think Lindsay Hartley should return to the soap world?