The Bold and The Beautiful Spoilers: Delon De Metz Spills The Beans On Zende And Nicole 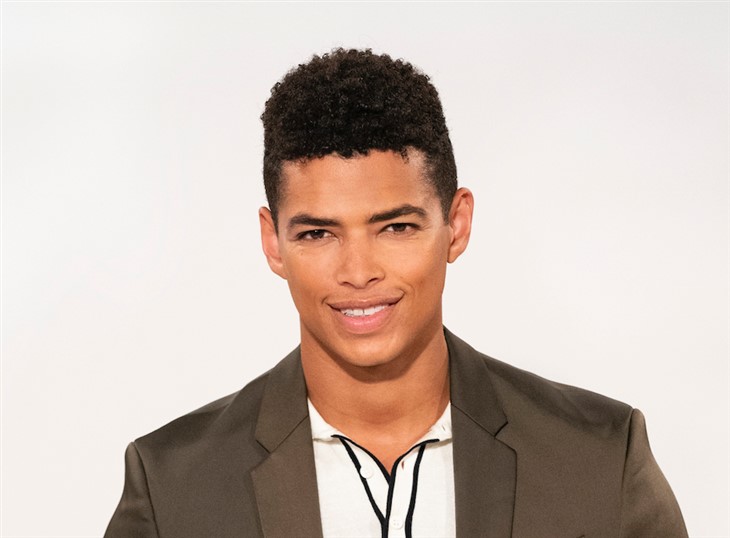 The Bold and the Beautiful spoilers reveal that we can start ticking down the minutes until we see Delon de Metz debut as Zende Forrester Dominguez. The newbie is set to launch on Wednesday, October 7 and it can’t be soon enough for fans of the rogue Forrester heir.

Delon recently chatted with Soaps in Depth about how he brought himself up to speed on the character and we have all the exciting details for you here. Read on to find out more about to expect when we lay eyes on the recast Zende next week.

Delon decided to immerse himself in the character of Zende before he stepped on set. Some actors don’t want to know what came before them, and others, like Delon, want to know everything they can. He said, “I did all the Wikipedia research on the character and I talked to [producer] Ed Scott about his backstory and we went pretty deep.”

He took his investigation a step further and noted, “Then I watched a bunch of Rome [Flynn]’s work when he was playing the character to get a sense of the tone and where he’s been and where he might be going. And then I was like, okay, now it’s time for me to put myself in this.”

Delon was asked about what is going on between Zende and his wife Nicole Avant (Reign Edwards). These two departed LA to go to work in Paris, but did the relationship go south while they were there?

According to Delon, “There were some hiccups as you might assume with his marriage to Nicole. And that motivates him to come back to L.A. and reintegrate into Forrester’s U.S. operations.”

The Bold And The Beautiful Spoilers – What Is Next For Zende Forrester Dominguez After He Returns Home To His Family?

It sounds like Zicole are no more. Which dovetails neatly with what we know about Zende maybe playing the third wheel in the growing relationship between Carter Walton (Lawrence Saint-Victor) and Zoe Buckingham (Kiara Barnes).

To make matters even more interesting, Zoe’s sister has been cast and will be joining the soap in the near future. It looks like there will be some soapy complications going down in LA soon!