The Bold And The Beautiful Spoilers: Ridge Struggles To Accept Quinn & Shauna Scammed Him – Marriage Doomed 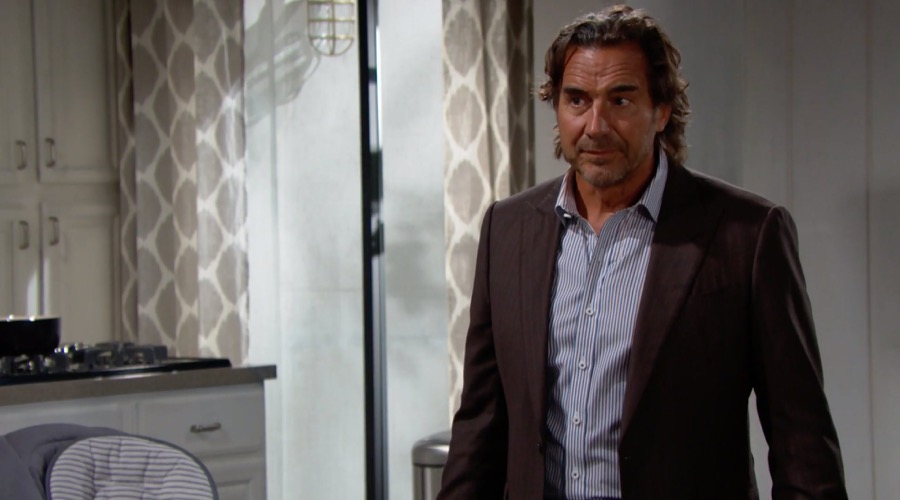 The Bold and the Beautiful spoilers document that Ridge Forrester (Thorsten Kaye) is unwilling to accept what a number of loved ones and friends are telling him. Brooke Logan (Katherine Kelly Lang) is his one, true love.

However, Ridge’s emotional response to one of Brooke’s perceived slights sent him on a fated journey to Las Vegas, Nevada. He traveled there with a woman who registered as Shauna Fulton (Denise Richards) on the flight out. She later returned to Los Angeles, California, as Shauna Forrester.

The Bold And The Beautiful Spoilers – Eric Forrester Believes In Bridge

Even though Eric is a big Bridge fan, he’s agreed to go along with his wife’s obligation wedding plans. Quinn Fuller (Rena Sofer) made progress in the next part of her agenda, in having Shauna and Ridge agree to restate their vows in LA.

The Bold And The Beautiful Spoilers: Quinn’s Overconfidence Will Be Her Downfall – Brooke Hasn’t Let Ridge Go

Carter Walton (Lawrence Saint-Victor) has agreed to officiate. However, he did so with reluctance and a needed heart-to-heart talk with Ridge. Speaking as a longtime friend, Carter questioned why Ridge would reinforce a marriage to someone he didn’t love.

Eric Forrester (John McCook) recently discussed the same issue with his son. McCook’s character couldn’t believe that Ridge had fallen out of love with Brooke and told him that she remained his destiny.

Shauna not only knows the truth, but she also wants to tell it. But part of this developing storyline involves Shauna allowing Quinn to not only influence her decisions but direct them.

Ridge’s willingness to also go along with Quinn’s strong advice is a bit of a stretch. It’s not fully unbelievable, as Ridge became fond of Shauna many months ago. But the idea that he would remain married to her, after not recalling the initial ceremony, and then agree to have a traditional Forrester wedding at his dad’s house is somewhat soapy.

Shauna thinks she might be able to save her connection with Ridge by telling him the full truth now. Quinn wants to prevent that from happening.

The Bold And The Beautiful Spoilers: Shauna’s Gulit Too Much, Confesses On Wedding Day?https://t.co/BbQZt9K9mq

Ridge doesn’t realize that he was manipulated. That reveal will definitely create a fierce reaction. More than just anger, Ridge will also be deeply disappointed that Shauna wasn’t the honest person he thought her to be.

Quinn probably won’t start a wedding planning business after the details of her duplicity come out. She might have to return to Vegas, possibly with Shauna, as Brooke called for in the recent past.