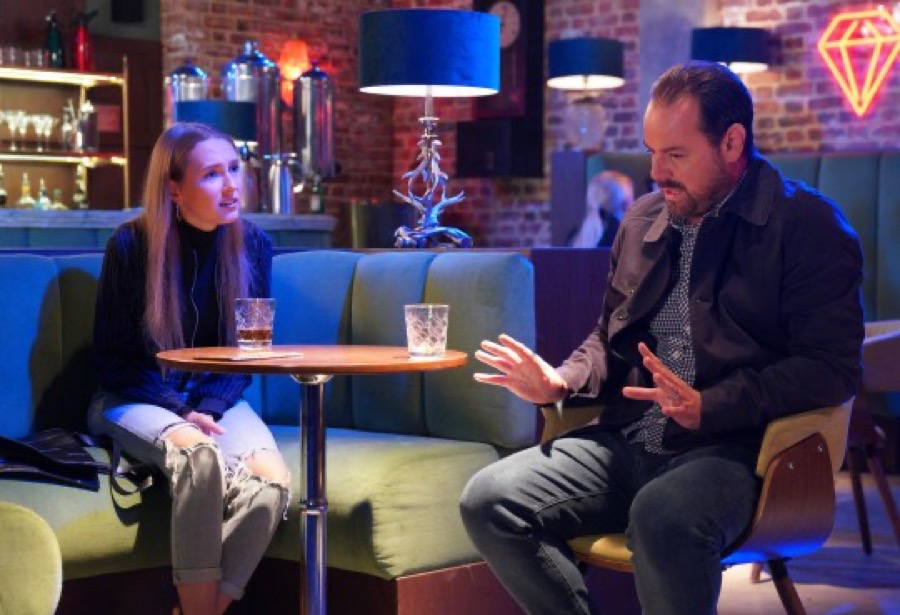 Eastenders spoilers reveal that Linda Carter (Kellie Bright) was horrified that she kissed Max Branning (Jake Wood). However, could that be the very person Linda turns to once Mick Carter (Danny Dyer) announces that Frankie Lewis (Rose Ayling-Ellis) is his daughter? It is confirmed that the couple will both keep secrets from one another, but nothing stays hidden forever.

Mick has been getting more and more suspicious of Frankie. Not only does she take way too many pictures of Ollie Carter (Harry Farr), but she will ask Mick too many personal questions. He begins to wonder why she is so obsessed with his family. Then, Mick learns that Frankie is watching Ollie and he goes into a panic. He races around trying to find the two and he does, but then he demands answers. That is when Frankie reveals that he might be her father.

Eastenders spoilers reveal that there is drama in Linda’s life, as well. She gave into temptation and had a sip of alcohol. It was something that Max witnessed, but he didn’t treat her like a child or lecture her. Instead, he understood and shared a bit about his own past. Later that night, the two kissed, but Linda was horrified by her betrayal and ran off.

While the soap was on hiatus, it was confirmed on Secrets From the Square that both Mick and Linda would be keeping secrets from one another. It is clear that Linda isn’t going to tell her husband about kissing Max. As for Mick, he probably won’t say anything about Frankie claiming to be his daughter. At least, he won’t want to say anything until he knows for sure and we’ll tell you why.

The way to Mick’s heart is via his beloved haddock. #EastEnders pic.twitter.com/B1ZI34mLRn

When Linda finds out that Frankie might be Mick’s daughter, it can only mean one thing. That he cheated on her during their marriage, something he always swore not to do. Linda will probably be upset and look for comfort. Could she turn to Max and get involved in a full-fledged affair, only to justify it because Mick apparently cheated on her? It will probably happen that way, but will they end up divorcing or try to rebuild the trust? We will have to wait and see how this storyline develops.