The Bold and The Beautiful News Update: Katrina Bowden Is Fully Armed For Cleaning House 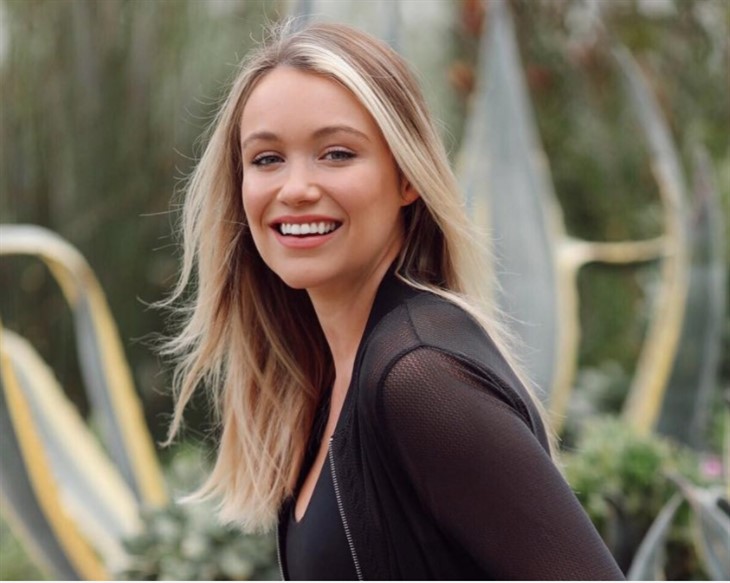 The Bold and the Beautiful spoilers tease that Katrina Bowden (Flo Fulton) is on a mission and when she’s done she could have the cleanest house in her neighborhood.

That’s because she’s been inspired by a bit of binge-watching and, well, you have to look at her Insta to know what she means!

She posted a pic of her beautiful self to her Insta and captioned it: “Binge watched @thehomeedit show today and now no corner of my house is safe. I will come heavily armed with lucite containers, drawer dividers, and a label maker…it’s over for you hoes (and by hoes I mean the stuff in my house)🤺🏃🏼‍♀‍💃🏼.” 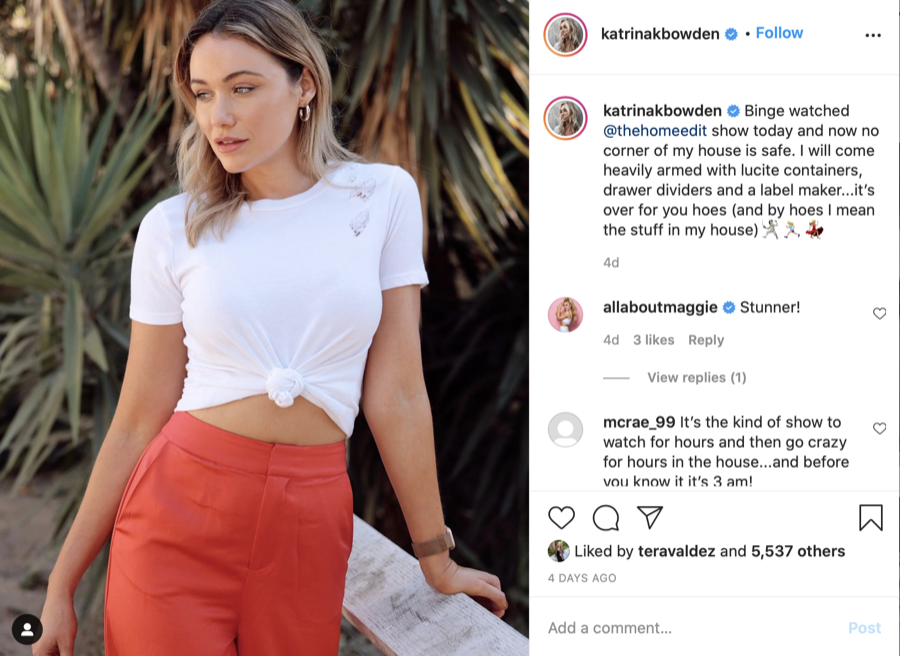 It sounds like Katrina has a side gig as a professional organizer waiting for her if she ever decided to moonlight! Her fans loved the post with most of them commenting on her pic which doesn’t show her knee-deep in lucite containers actually!

In the pic, Katrina looks glam in a cropped white t-shirt and tangerine-colored pants. She is standing next to some palms trees and looking off into the distance with a very thoughtful but intense look on her face. If there was a caption bubble above her head we’re pretty sure it would read, “It’s over for you hoes!”

The Bold And The Beautiful Spoilers – What Is Next For Flo Fulton In LA?

Katrina’s alter ego Flo Fulton is taking a breather after being tortured and held hostage by evil Sally Spectra (ex Courtney Hope). She was put through the wringer by her captors but has since successfully reunited with her high school sweetheart and true love Wyatt Spencer (Darin Brooks).

While we haven’t seen Flo for days, she was referenced yesterday so we assume she is all good after her ordeal. Flo’s mom Shauna Fulton (Denise Richards) told Quinn Forrester (Rena Sofer) that she and Flo were getting ready to go on a hike. At that time Quinn was arranging a brand new second wedding for her bestie and Ridge Forrester (Thorsen Kaye). Who do you think will be Shauna’s maid of honor? Flo is obviously the logical choice.

Stay tuned B&B fans, the wedding hasn’t happened yet and there are plenty of people who would love to stop it before it gets started!