Days Of Our Lives Spoilers: Justin Gets Tripp Released From Police Custody, Everyone Takes Sides 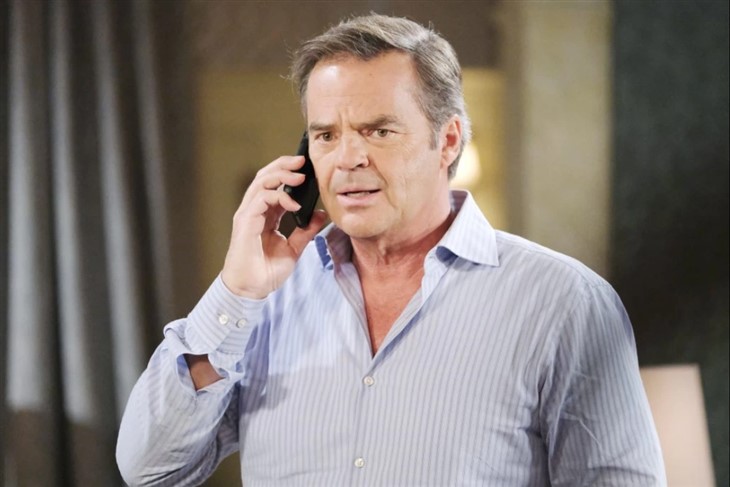 Days of Our Lives spoilers reveal that Lani Price Grant (Sal Stowers) takes Tripp Dalton (Lucas Adams) to the station for questioning. Steve “Patch” Johnson (Stephen Nichols) is panicked and calls Justin Kiriakis (Wally Kurth). Tripp ends up getting released thanks to his lawyer, but he will face problems as everyone takes sides.

DOOL spoilers reveal that Tripp is already reeling from seeing Allie Horton (Lindsay Arnold) in Salem. Then, he is stunned to find out that she had a baby. Now, he has to deal with the shock that he is being accused of not only impregnating Allie but raping her too. He ends up being taken to the police station by Lani to be interrogated.

Days Of Our Lives News Update: Eric Martsolf Has A New Gig – All The Details!

When Lani comes for Tripp, Steve can’t believe what he is hearing. He doesn’t believe that Tripp is capable of hurting anyone, including raping someone. He does what he can as a father to help Tripp and contacts Justin about what is going on. Justin goes to the police station and manages to get Tripp released.

Days of Our Lives spoilers reveal that everyone will take sides as the rape allegation goes public. Steve will be determined to help clear his son’s name, but Dr. Kayla Brady (Mary Beth Evans) isn’t sure what to think. She is inclined to believe Allie and knows Tripp has done some shocking things in the past. It will cause a rift in the “Stayla” relationship.

Right now, John Black (Drake Hogestyn) is having unpredictable and uncontrollable mood swings, which include outbursts. When he hears that Allie claims Tripp raped her, he will go into a rage. Steve tries to reason with John and explain there must be more to the story, but John goes into a fury. It seems that they cannot agree and are on opposite sides. However, this will be made even worse by John’s verbal outbursts and it could cause actions that can’t be taken back.

What do you think really happened between Tripp Dalton and Allie Horton in London all those months ago? Will John Black end up doing or saying something he will later regret? Will Steve Johnson and Kayla Brady be able to mend their relationship after being on completely opposite sides? We will have to keep watching the NBC soap opera to find out.