The Bold And The Beautiful Spoilers Next Week: Zoe Drools Over Zende, Has She Forgotten About Carter Already? 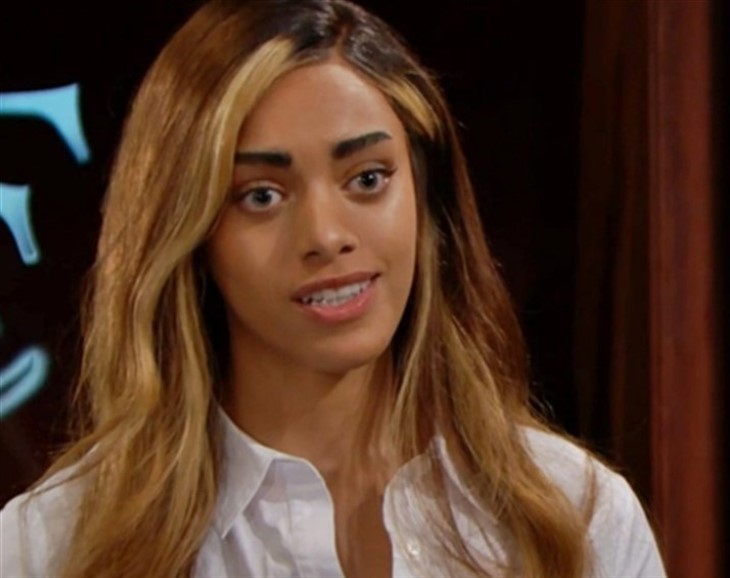 CBS The Bold and the Beautiful spoilers for the week of October 5 reveal that Zende Forrester Dominguez (Delon de Metz) just arrives, but Zoe Buckingham (Kiara Barnes) is already drooling everywhere. In a promo clip, she does some hard-core flirting with the designer. However, what about Carter Walton (Lawrence Saint-Victor)? Has she forgotten about him already?

The Bold And The Beautiful Spoilers: Ridge Struggles To Accept Quinn & Shauna Scammed Him – Marriage Doomed

The Bold And The Beautiful Spoilers – Carter Walton’s Next Step

B&B spoilers reveal that during the week of October 5, Carter will make a proposition to Zoe. Although it’s not confirmed what he asks her, it must be about intimacy. It is teased that he will want to take his romance to the next level. So, what else could it be but passion?

Meanwhile, everyone is going to be shocked when Zende shows up at Forrester Creations. Nobody is expecting him, so it’s a surprise homecoming. However, he also is bringing with him some news. It is also teased that Thomas Forrester (Matthew Atkinson) will compete with Zende.

When the recasting news first hit, it was confirmed by executive producer and head writer Bradley Bell one thing to expect. He told Soap Opera Digest that Zende would be getting a lot of attention, including from Zoe.

The Bold And The Beautiful Spoilers – Zoe Buckingham Drools And Flirts

The Bold and the Beautiful spoilers reveal the promo clip shows Zende and Zoe at Forrester Creations. She is not being shy at all and shamelessly does some hard-core flirting. She tells Zende that he is on fire and showers him with compliments. He finally asks if she is flirting with him and she doesn’t deny it.

The Bold And Beautiful Spoilers: Eric Enraged Over Quinn's Deception, Has He Finally Had Enough? #bb #boldandbeautiful https://t.co/8t5h04Q9sQ

However, what about Zoe’s romance with Carter? If fans look back on previous episodes, Carter was wining and dining Zoe. She would always give a small smile and tell him that he was “sweet.” That is a big clue that Carter is going to lose in this new love triangle.

We’ve never seen Zoe drool so much, but could Zoe regret giving up on nice guy Carter so soon? How does Zoe’s troublemaking sister, Paris Buckingham (Diamond White) fit into all of this? We will have to keep watching the CBS soap opera to find out what happens with this storyline.

The Bold And The Beautiful Spoilers: Quinn Tries To Make Amends With Ridge And Eric…

The Bold And The Beautiful Spoilers: Eric Must Make Hard Decision – Quinn Begs…

The Bold And The Beautiful Spoilers: Thomas Obsession Is Hope’s Fault, Matthew…

The Bold And The Beautiful Spoilers: Brooke Defeated Quinn and Shauna – But…