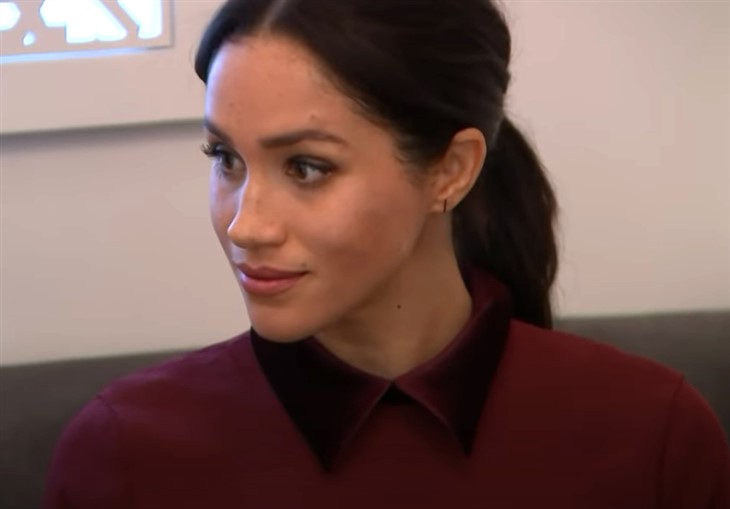 For Meghan Thee Duchess of Sussex a picture is worth a thousand angry words, according to body language expert Bruce Durham. The expert spilled the secrets of his trade to The Mirror and we have all the juicy inside details about what he had to say about Meghan’s performance during Fortune’s virtual summit.

Would you be shocked to learn that the expert thinks Meghan wasn’t entirely authentic? In particular, Durham said Meghan displayed obvious signs that she, “doesn’t like being told she’s not the only powerful woman.” Um, didn’t Megxit already prove that?

Meghan chose to deliver her speech from her brand new mansion last Tuesday. During that summit, she claimed that she ignores both “flattery or criticism,” even though she is suing a UK paper for writing about her.

She also conveniently blamed the press for “misinterpreting” her words to make them sound more “controversial” or “inflammatory.”

According to Durham, when Fortune senior editor Ellen McGirt told Meghan she’s, “not the only powerful woman involved in this equation,” Meghan had an internal meltdown. Up until then, “the interviewer is still heaping praise on Meghan.”

But the reality check got Meghan’s ego “raging” which led to, “Lots of eye blocks, she wants to be the person in the room. Watch her throat, tightening of the throat, it’s an animalistic reaction. She does not like hearing she’s not the only powerful equation.”

If You Work For The Queen Drinking On The Job Is Encouraged!https://t.co/KMGPLGi1dG

Durham makes an interesting point when he notes that Meghan goes on to repeat the word “authentic” several times, according to him in a subtle bid to make herself seem authentic.

Even when she insisted she does not care about what is written about her, Durham notes signals that suggest otherwise.

She quoted Georgia O’Keeffe when she said, “I have already settled it for myself so flattery and criticism go down the same drain and I am quite free,” adding that she feels “liberated” from opinions about her.

Unfortunately, the body language expert doesn’t agree with her lofty words. He points out that she reveals her negativity by pursing her lips and constantly looking down instead of at the screen.

These comments follow ones made about Harry by another body language expert, Judi James. James told The Express that Just Harry used, “guru-style” body language and “waggled his hands” when he talked to marathon runners this past weekend.