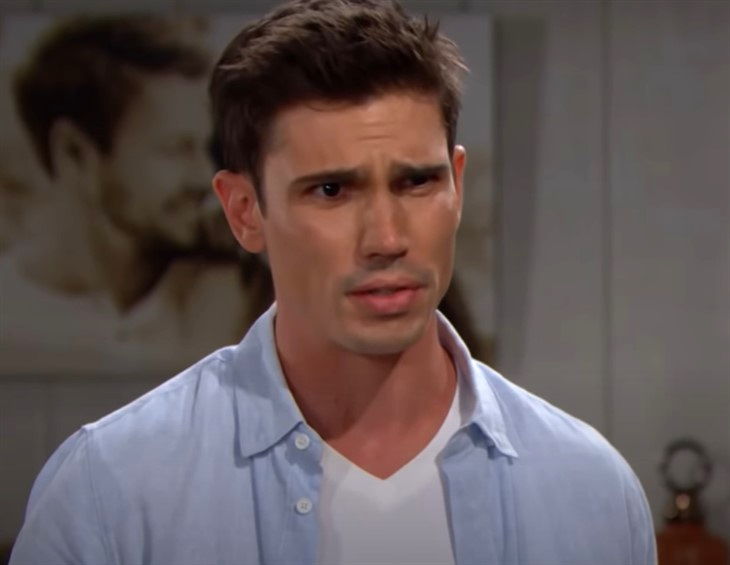 Some may question whether Finn should have agreed to refill Steffy’s prescription. But the entire amount of legal pain-killers she took over the course of nearly two months wasn’t excessive.

So, should the doctor be feeling guilty because of Steffy’s recovery derailed?

The Bold And The Beautiful Spoilers Next Week: Zoe Drools Over Zende, Has She Forgotten About Carter Already?

Steffy’s first motorcycle accident ended the life of the first child she and Liam Spencer (Scott Clifton) were going to have years ago. The second accident, which led B&B’s return from the production shutdown, wasn’t tragic, as no life was lost.

However, Wood’s character began talking about how she felt different during the initial weeks of her recovery, as compared to the last one. That was ominous and resulted in her inability to deal with the actual physical pain she was suffering from and the mental anguish that went well beyond Bill Spencer’s (Don Diamont) sport utility vehicle hitting her.

Feeling isolated can affect any person, including those who aren’t trying to recover from serious physical injuries that required immediate surgery. So, the loneliness that Steffy felt became unbearable because of the limitations that were placed on her during the weeks following her release from the hospital.

Steffy was actually the first person who was leery of any pills. She sensed danger in using them because of the slow drip into a mental daze that resulted.

The natural emotions that she exhibited were related to an inability to care for Kelly Spencer (Avalon and Colette Gray) and flashbacks to various losses, most especially including Steam. Steffy also wasn’t used to being unable to will herself to success, or even steady progress to it.

Just as Steffy was too hard on herself, Finn now seems to be overly self-critical. He was just her doctor until they started to form a friendship. But that causal connection wasn’t enough for him to be able to instantly recognize Steffy’s full state of mind or to have prevented her from falling as she did.

Vincent Walker (Joe Lo Cicero) is the villain in this storyline, as he recklessly sent a bottle of illegal pills to someone who was very vulnerable. Once Finn has had a chance to more deeply digest all factors and sees Steffy’s improving condition, through her rehabilitation efforts, he will likely be okay.