The Young And The Restless Spoilers: Chelsea Goes On An Unexpected Trip – Will She Be Kidnapped? She’s Stuck In An Elevator! 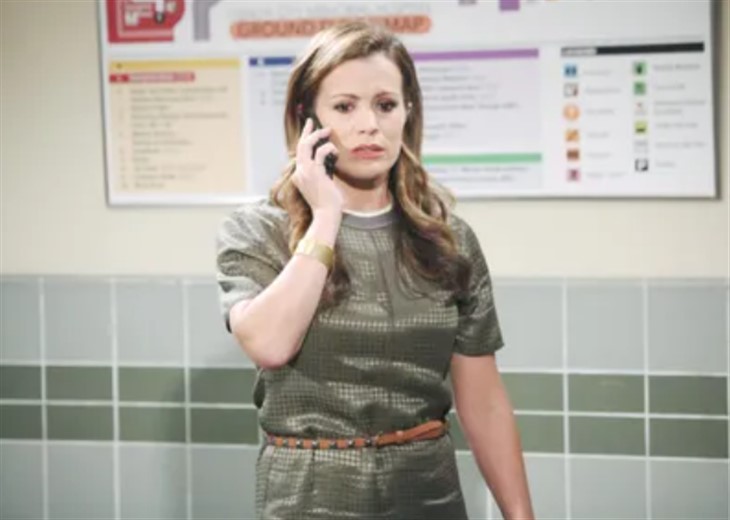 The Young and The Restless spoilers tease that Chelsea Lawson (Melissa Claire Egan) will go on an unexpected trip! Will she be kidnapped? Previews show she’s stuck in an elevator!

The Young and The Restless Spoilers: Baby Daddy Confusion Ahead? Elena Went From Devon To Nate The Same Night!

They are bullying her over it. Adam and Chelsea agreed to send Connor Newman (Judah Mackey) to boarding school out of town, but even there he could find out about the scandal. Billy found out that Chelsea had planted a bug in the ChancComm office, specifically Lily Winters’ (Christel Khalil) office. This is where many meetings take place. Viewers will recall he removed it from the back of the lamp where Chelsea had placed it. Then he stomped on it on the floor!

Billy warned of the second part – which deals with Adam in Las Vegas! Now Adam, Chelsea, Chance Chancellor (Donny Boaz) and Abby Newman (Melissa Ordway) are all worried. Adam killed a man in Las Vegas, saving Chance’s life, but now Alyssa has found the man’s widow and Chance and Adam covered up the killing!

The Young And The Restless Spoilers: Victoria Goes Too Far – Nick Fears The Worst For Victorhttps://t.co/I6aNAhKC1p

Y&R Spoilers – Did Billy Abbott Boy Trap Chelsea Newman In The Elevator? Is The Plan To Have Her Kidnapped?

The big questions are – did Billy Boy trap her in the elevator and is the plan to have her kidnapped? It looks from the Young and Restless preview that the electricity has gone out too, as she is in the dark. She’s banging on the elevator doors and shouting for help! It is hard to say whether the elevator is at ChancComm, in the apartment building where Adam and Chelsea live, or somewhere else. It could be at The Grand Phoenix as well.

It would seem reasonable that if she was in the ChancComm building and Billy knew it, he might try to trap her in the elevator as a precursor to a kidnapping. However, he knows better than to kidnap her himself! He likely would have hired someone to do it. The Young and The Restless spoilers say that Chelsea will go on an unexpected trip, so that may be a kidnapping.

It appears that whoever stopped the elevator with her in it also shut off electricity to the building in order to do it. If she is at ChancComm, then she must be there after hours when she thinks no one is there. That would be an opportune time to plant another bug. The question is – has Billy’s vendetta against Adam caused the darkness to return to the point Billy’s dangerous? It did before – and this time he may be targeting Chelsea!