Eastenders Spoilers: Gray Violently Rages At Linda, Killer Secret About To Be Exposed? 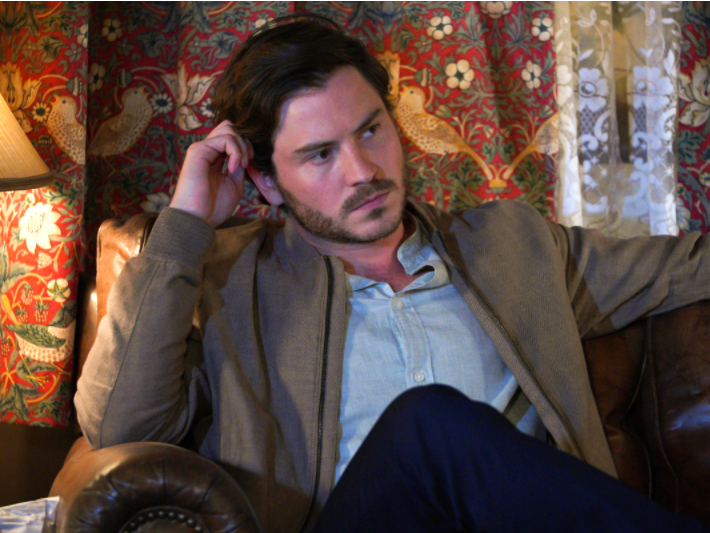 BBC Eastenders spoilers reveal that Linda Carter (Kellie Bright) will try to help Gray Atkins (Toby-Alexander Smith). She picks up Gray’s kids from school when he doesn’t show up. Then, she cleans up, including washing Chantelle Atkins’ (Jessica Plummer) mug. When Gray wakes up, he goes into a violent rage at Linda. As he continues unraveling, will the truth come out?

Gray is playing the grieving widow act and most of the community is convinced. However, viewers know the truth is that he is responsible for Chantelle’s death. Mitch Baker (Roger Griffiths) is starting to get suspicious and Kheerat Panesar (Jaz Deol) has a gut feeling that Gray killed his wife.

Eastenders spoilers reveal that Gray is beginning to unravel. Whenever he would get stressed or be under too much pressure, he would beat Chantelle. Now that she is dead, Gray has no way to get rid of the building pressure. This, along with his guilt and trying to cover up the truth is causing him to completely unravel. In addition, he is also overwhelmed about Whitney Dean’s (Shona McGarty) trial.

He is starting to lose control, is oversleeping, the house is a mess and the kids are running out of food.

When Gray doesn’t pick up his children from school, Linda will take them home. She goes inside and finds Gray sleeping. So, she tries to be helpful and cleans up. She even washes some dishes, thinking she is doing a good deed for someone who’s just lost his wife. However, when Gray wakes up, he won’t be thanking Linda.

Eastenders spoilers from the Mirror reveal that Gray discovers that Linda washed Chantelle’s mug. He goes into a violent rage and lashes out at Linda. Not understanding why he’s so angry and shocked at the level of rage from him, Linda leaves. However, she will share what happened with Sheila Carter (Linda Henry).

As the pressure and stress continue to overwhelm him, Gray will continue to explode. Plus, with people talking, it is only a matter of time before his killer secret is exposed. The question is, will he finally confess to killing Chantelle or will someone bring information to the police that will lead to his arrest?