The Young And The Restless Spoilers: Faith Gets Taunted At School Because Of Adam’s Sordid Past 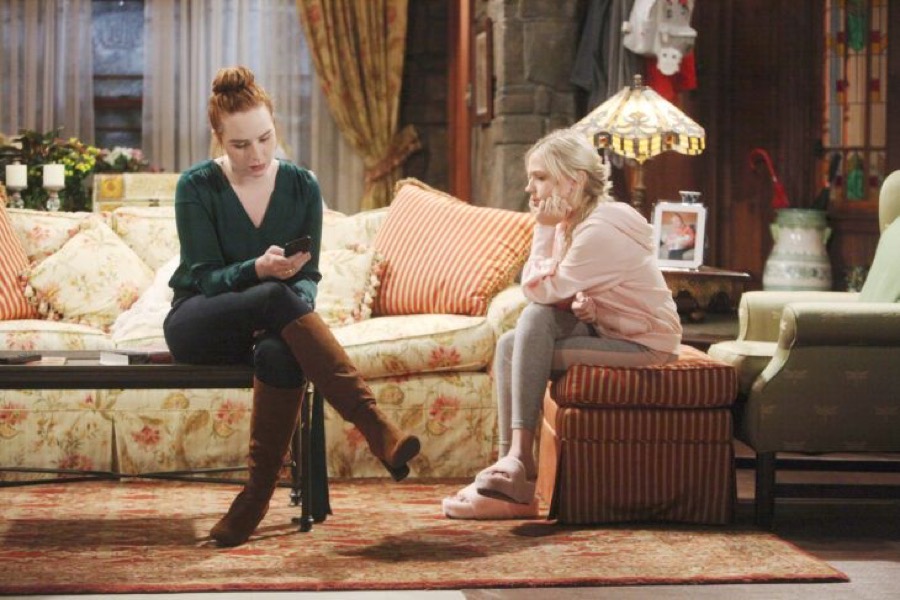 According to the latest edition of Soap Opera Digest, Faith gets taunted and teased mercilessly after ChancComm publishes every little last detail about Adam Newman (Mark Grossman) and his sordid past. The Newmans certainly have Billy Abbott (Jason Thompson) to thank for that. Unfortunately, Adam’s past becomes gossip fodder all around this fictional town of Genoa City, including the details of how Adam kidnapped Sharon Newman’s (Sharon Case) newborn many years ago. Poor Faith is now being bullied about her family drama at school.

The Young and the Restless spoilers say that Nick Newman (Joshua Morrow) will catch wind of this, and needless to say, he’s very worried about the young girl. However, Faith is a little perturbed when she sees that Nick is trying to talk to her. That’s because she’s trying to put on a brave face, despite everything that is going on.

Y&R Spoilers – Is Faith NewmanGoing To Lash Out At Her Family Over Adam Newman’s Past?

When Nick persists, that’s when Faith finally opens up. She simply can’t wrap her head around all of the evil things that her uncle did in the past. Joshua Morrow, who plays Nick Newman on the hit CBS soap, puts it this way to the publication, “It seems every time the Newmans are getting by, Adam causes problems, so once Faith starts talking about him, you can see how much she’s clearly affecting her, and rightfully so. He has put his family through the wringer and she’s trying to soldier on like everyone has had to do.”

The Young and the Restless Spoilers: A Cranky Chloe Goes Into Labor, Makes Things Difficult For Kevin https://t.co/jwqoZmTP5a pic.twitter.com/3zBy45IVg6

But for someone as young as Faith, it won’t be easy. She’s being tough, but sooner or later, she is going to lash out, and in the way that you’d expect from a teenager. And for Nick, this is going to be a situation he will find very difficult to control. The Young and the Restless fans will have to tune in to find out what happens next!