Emmerdale Spoilers: Jamie Takes Advantage Of Belle’s Voices, She Suffers For His Crime? 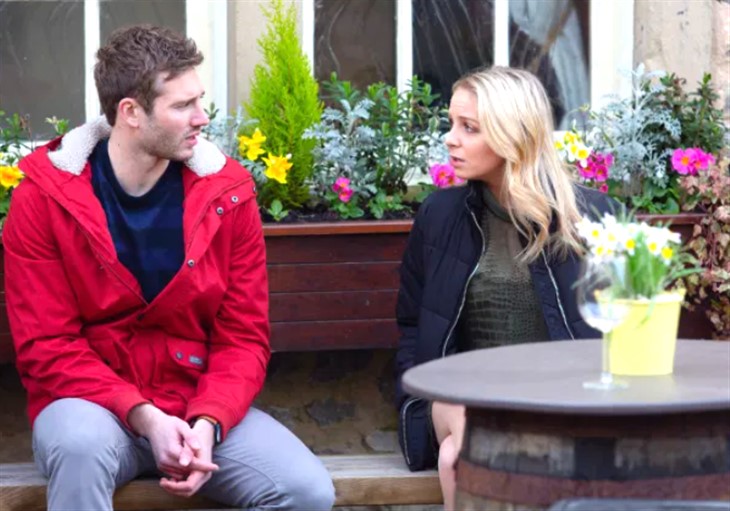 In the past, Belle had serious mental health issues and was diagnosed with schizophrenia. However, she has been stable for quite some time. Now that she is going through heartache, stress, and being emotionally overwhelmed, Belle’s symptoms are starting to resurface. She is beginning to hear voices again, including one belonging to her dead mother.

Emmerdale Spoilers: Jamie’s Drunken Accident Blamed On Belle? Andrea Might Make Sure Of It

Emmerdale spoilers reveal that Jamie will do pretty much anything to avoid taking responsibility for his actions. Viewers were shocked when he signed over the rights to his own daughter, Millie Tate (Willow Bell). This shows that he will do whatever is necessary to avoid prison. As the investigation and questions from police continue, could he end up brainstorming another cruel scheme?

Radio Times speculates that Jamie will use Belle’s voices against her in order to make him seem like the innocent one. He could very well imply that she has been mentally unstable for quite some time, implying that she is the one who hit Moira Dingle (Natalie J. Robb) with Jamie’s car.

The police are already suspicious because they found footage over her driving Jamie’s car that day to get him something to eat. She completely forgot about it and had told detectives that she didn’t have his car that day. Plus, with Andrea Tate (Anna Nightingale) switching sides, it will be two against one.

#Emmerdale Spoilers: Jamie’s Drunken Accident Blamed On Belle? Andrea Might Make Sure Of It https://t.co/4hQMTXZiRe

There is also the fact that Kim Tate (Claire King) has been updated and knows damage control needs to be done. Finding out that Jamie is leaving too many loose ends, Kim will do what she always does… take control and clean up his mess. With so much stacked against Belle and with her voices returning, how can she prove her innocence and show Jamie is the real villain? We will have to keep watching the soap opera to see how this story develops over the next few weeks.