The Bold and The Beautiful Spoilers: 3 Reasons Why B&B Quinn And Bill Make A Love Connection 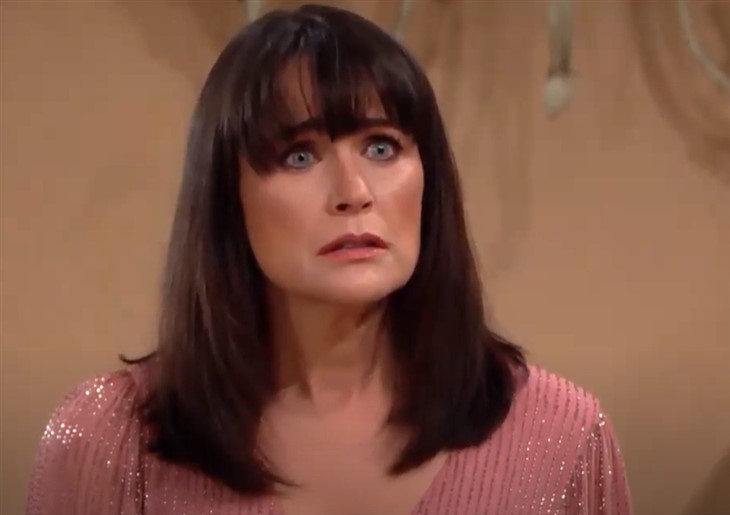 The Bold and the Beautiful spoilers reveal that Quinn Forrester (Rena Sofer) is in a soapy tub of hot water now that Eric Forrester (John McCook) knows the truth about her latest shenanigans.

She really should know better than to blab about her indiscretions in the middle of her living room on speakerphone. She’s smarter than this!

The chips will fall now but in a most surprising fashion. Here are three reasons why Quinn and Bill Spencer (Don Diamont) make a love connection after Quinn tried to break up Brook Forrester (Katherine Kelly Lang) and Ridge Forrester (Thorsten Kaye).

#1 Bill And Quinn Had A Love Connection Once

Quinn and Bill had enough spark between them at one time to make a bouncing baby boy–it would be naïve to think that history couldn’t repeat itself. These two attractive, successful, and ambitious people clearly have a spark between them, and in the wake of Eric blowing his top, it makes sense she would turn to her partner in crime.

#2 Bill And Quinn Have Both Been Spurned

Bill and Quinn have been complicit in her quest to break up Brook and Ridge. He didn’t go as far as she did but still, he did his part in showing up at Brooke’s house with puppy dog eyes and pleading for another chance.

All of that was at Quinn’s urging and Brooke turned him down flat. Katie Logan (Heather Tom) seems willing to maybe give him a third chance, but until then The Stallion is licking his wounds. What better way to heal than having revenge sex with the person who put him in his misery in the first place?

Wyatt Spencer (Darin Brooks) is no longer a bouncing baby boy but he still cares about his parents. If Quinn is hurting he would want her to get help and the same goes for his dad. What better way for each of these tortured souls to get on the mend than to turn to each other? If Wyatt sees that both of his parents are down in the dumps, it makes sense that he would suggest they drown their sorrows together—although they might take it a step or two farther than he intended.

And, if a homeless Quinn wants to bunk with the only person who doesn’t hate her right now, Wyatt has plenty of reasons to say no and we can see him appealing to his dad for help.