General Hospital Spoilers: Will Ned’s Guilt Lead Him To Confessing His Unfaithfulness To Olivia? 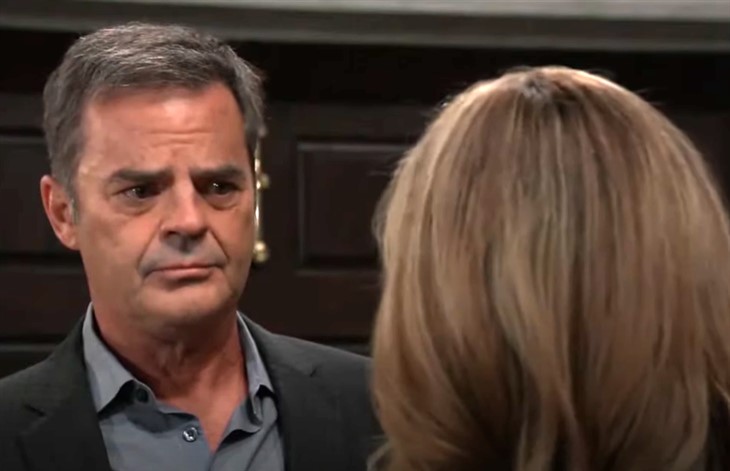 ABC General Hospital spoilers tease that something is very wrong with Ned Quartermaine (Wally Kurth) and Olivia Falconeri’s (Lisa LoCicero) marriage. The two have been arguing for quite a while now, and Olivia’s sudden trip abroad with Robert Scorpio (Tristan Rogers) did help matters any, As viewers know, nothing happened between Robert and Olivia but Ned was so sure that they slept together that he got drunk and ended up being unfaithful himself with Alexis Davis (Nancy Lee Grahn).

Alexis and Ned agreed to keep what happened between them a secret. They were both very drunk and looking to ease their pain so Alexis won’t feel the need for them to come clean. The last thing she would want is to become a homewrecker, so she will most likely feel that nothing good can come from being honest in this situation. But Ned may be a different story.

The Bold and The Beautiful Spoilers: 3 Reasons Why B&B Quinn And Bill Make A Love Connection

Once Olivia and Ned started to hash everything out, it didn’t Ned long to accuse Olivia of having sex with Robert. Olivia understood that all of Ned’s role models were unfaithful when the going got tough so she won’t be too upset that Ned accused her of infidelity. Ned will most likely feel tremendous guilt after Olivia told Ned that she knew he would never cheat on her. But will Ned reach his breaking point and reveal that it was he who cheated?

The thing about living in Port Charles is that secrets always eventually come out. Ned would be better off facing the consequences of his action now rather than try to hide it only for the truth to come out. Bur right as Ned almost spilled his guts, he changed his mind. But keeping this secret could very likely end his marriage. Olivia might eventually forgive the cheating, but the cover-up and lies would likely be the final straw.

GH Spoilers – Will Alexis Davis And Ned Quartermaine Be Drawn To Each Other?

Another possibility, though less likely, would be for Alexis and Ned to somehow be drawn to each other, even though both of them denied that their tryst was anything but drunken sex. But what if they protest too much and carry on a full-on affair? Is it possible that Ned will leave Olivia for Alexis after realizing that their old feeling for each other has returned?

Can Alexis and Ned keep their one night stand a secret? Or will Olivia find out one way or another? Could Ned’s guilt get the better of him so much that he confesses? Or is it even possible that Ned and Alexis will have a hard time staying away from each other?

Could they actually fall in love again? Only time will tell, so stay tuned to General Hospital, airing weekdays on ABC. And don’t forget to check back here regularly for all your General Hospital news, information and spoilers!