The Bold And The Beautiful Spoilers: Thomas Continues To Feel Threatened By Zende, What Will He Do? 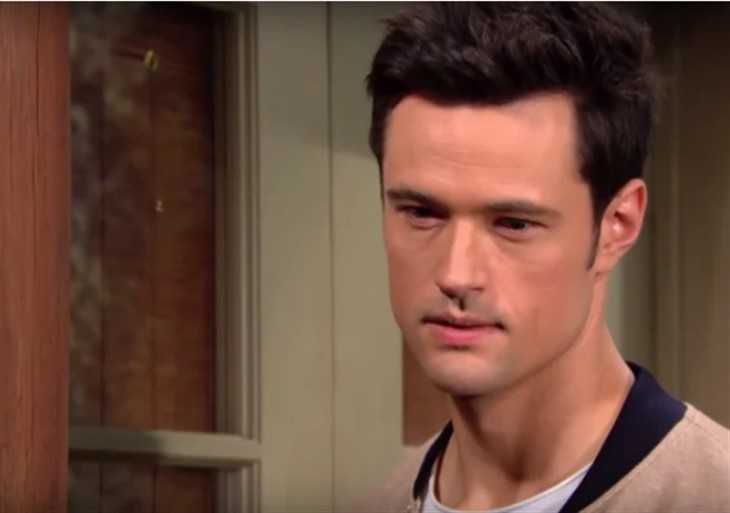 Even though Thomas appears to be over his romantic obsession with Hope Logan Spencer (Annika Noelle) and they are co-parenting and co-working well, he seethes when she gives Zende a project. Thomas wanted the particular project and maybe it’s just the thought of it.

The Bold And The Beautiful Spoilers: Can Eric Forgive Quinn Again? Marriage Hanging By A Thread!

The thought of his former obsession, Hope, giving the project he wanted to another man. Maybe it’s affecting him subconsciously because it reminds him of his former rivalry over Hope with Liam Spencer (Scott Clifton)! There’s just something about this guy that brings out Thomas’ insecurities, and he seethes inside over it. It’s not like there’s not plenty of work to go around, but why the project HE wanted, and why HOPE?

Hope is his boss but he thought Zende would be on Ridge Forrester’s (Thorsten Kaye) team and here he is! Zende’s also flirting with Thomas’ former girlfriend Zoe Buckingham (Kiara Barnes)! Thomas used her when they were together, to get to Hope, but they did have a hot affair and he did care for her in his own way!

Thomas may or may not be aware that Zoe is dating Carter Walton (Lawrence Saint-Victor) but he just seems to be attracting attention from women that Thomas was once involved with! There was one woman the two half-cousins actually did have in common and that was Nicole Avant (Karla Mosley) but Thomas only got as far as a kiss while Zende married her, and now apparently has divorced her or is in the process.

Thomas continues to feel pressure whenever Zende is around! He feels like somehow he has to compete with him over everything. He has heard that Zende was quite successful in Paris, and wishes he’d stayed there! He knows he should just not let it get to him, and tries but he sees Zende charming his way around Forrester Creations and it makes him feel insecure. Thomas knows his past behavior – or should that be misbehavior – and obsessiveness is something he has to work hard to live down. People around him are giving him a second chance, and he has to live up to that but it’s not easy.

The Bold And The Beautiful Spoilers: Zoe Plays With Fire, Will Zende Tell Carter About Shameless Seduction? https://t.co/S9qqWGPDs8 pic.twitter.com/pbVB53Jph6

He heard some office gossip about Zende talking to Zoe about what Thomas did, and even though he asked Zoe’s forgiveness he knows trust is hard to earn. Maybe it’s just the fact that Zende is able to gain others’ favor so easily that bothers Thomas. Thomas knows he needs to stop comparing himself to Zende and relax, but it won’t be easy!