The Young And The Restless News Update: Bryton James Is Most Thankful For Y&R Alum Victoria Rowell 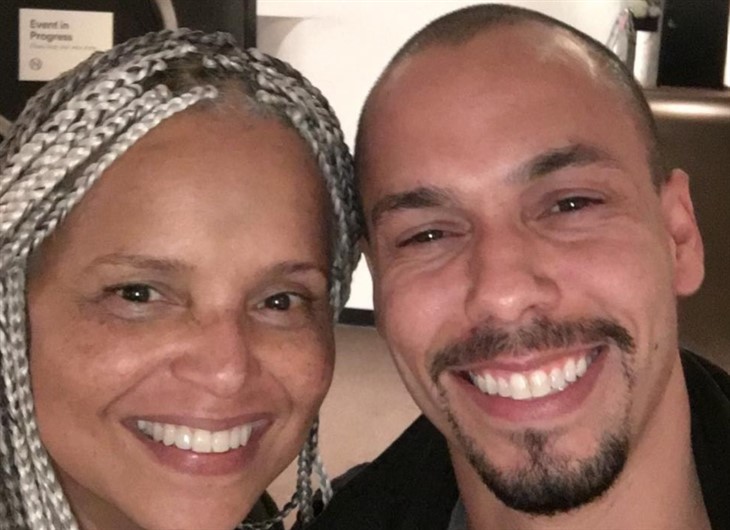 The Young and the Restless star Bryton James (Devon Hamilton) knows that like a daytime television star, he not only has the support of his real-life parents but also his on-screen ones, too. In fact, the handsome actor says that he has learned valuable life lessons from both of his television parents, Victoria Rowell (Drucilla Winters) and the late Kristoff St. John (Neil Winters). Here’s what he has to say.

The Young And The Restless News: Bryton James Is Most Thankful For His Co-Star Victoria Rowell

Speaking to Soap Opera Digest, the handsome actor says that he has nothing but fond memories of his television parents and says that he’s learned a lot from them, and especially from Victoria, who always taught him that preparation was key to success.

Bryton recalled, “She and I used to get together and run scenes on set that we would be shooting a week and a half later. She believed being prepared as much as possible helped build confidence. Not only was Kristoff extremely prepared, but he would also add a level of fun to the work. He thought it was important to bring some joy and not take anything too seriously but still be the best at it.”

The actor added that while both Kristoff and Victoria taught him a great work ethic on set, they also wanted to make sure that he enjoyed the work process as well. But if there is one piece of advice that Kristoff gave to Bryton that he will never forget, it’s that he told him not to date any of his co-stars. Clearly, Bryton did not take that piece of advice to heart as he is currently in a relationship with his co-star, Brytni Sarpy (Elena Dawson).

The Young And The Restless Spoilers: Why A Romance Between Sally Spectra And Nick Newman Would Be Hot https://t.co/LmKh2Old5E pic.twitter.com/G7bO7jKiNw

However, Bryton says that if Kristoff were still here today and that if he were to meet Brytni, he would say that she is an exception. Now that’s something fans can certainly agree on. Not only do Bryton and Brytni work well together on screen, but they are also an adorable couple!

The Young And The Restless (Y&R) Spoilers: Rey Suspects Chelsea Faked Her…

The Young And The Restless (Y&R) Spoilers Monday, May 17: Phyllis Lies To Nick,…

The Young And The Restless (Y&R) Spoilers: Kyle Finally Meets His Son, Young…