The Young And The Restless Spoilers: Devon Demands Answers From Guilty Nate 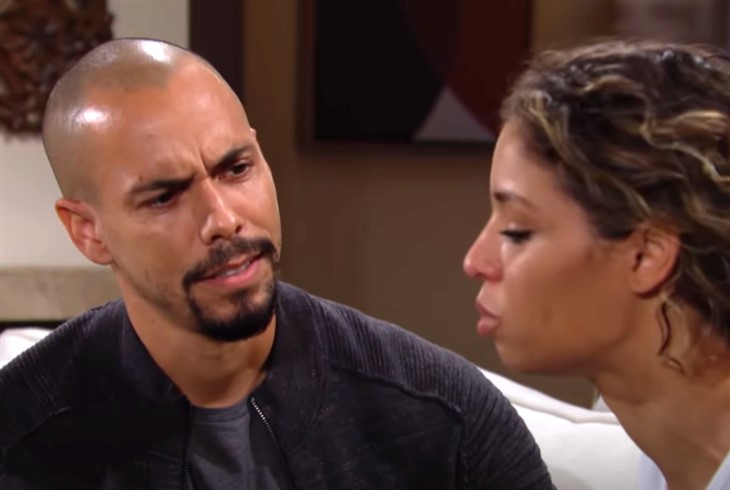 CBS The Young and the Restless spoilers indicate that Devon Hamilton (Bryton James) is going to confront Nate Hastings (Sean Dominic) has he wants answers over what happened between him and Elena Dawson (Brytni Sarpy). Both Nate and Elena are wracked with guilt over betraying Devon by having sex. When Devon tests Nate that he wants to see him right away, Nate is rightly concerned. Here’s what you need to know.

The Young And The Restless Spoilers: Devon Hamilton Wants Answers From Nate Hastings

According to the latest edition of Soap Opera Digest, Nate has his reservations. He doesn’t know if this is the right time to go to Devon’s penthouse as their little meeting will end up being a huge blow out confrontation.

Plus, Nate feels so bad about what he had done to Devon that he won’t even know what to say to make the situation any better. However, he does decide that if Devon asks him if he indeed slept with Elena, Nate thinks that the best thing to do is own up to it.

The Young and the Restless spoilers say that when Nate shows up at Devon’s place, something unexpected happens. Devon tells him that he is concerned something heavy is going on with Elena because she has been acting so tense and agitated lately. Nate says that should Elena open up to him, he would keep her confidence. But he does add that Elena must be feeling not herself lately because of Amanda Sinclair (Mishael Morgan), who Devon has been spending a little too much time with.

Actor Dominic Sean, who plays Nate Hastings on the hit CBS soap, puts it this way to the publication, “I think Nate is trying to relieve some of that shame and guilt he’s feeling by getting Devon to admit to doing something as well.”

The Young And The Restless: Why Phyllis Summers Is Ready To Battle Sally Spectra (She’s Met Her Match)https://t.co/6gkx6lPBr2

The Young and the Restless spoilers say that later on, Elena will decide that she ultimately has to tell Devon the truth about what happened. How Devon will react to the truth, remains to be seen. Of course, fans will have to tune in to find out what will happen next!

The Young And The Restless Spoilers: Stitch Looks Guilty – What’s Not…