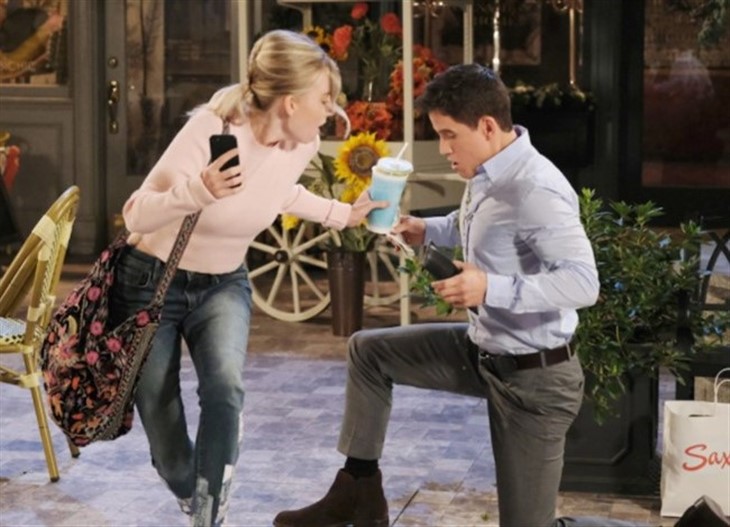 NBC Days Of Our Lives – Charlie Dale (Mike C. Manning) spoilers reveal that there is a new intern at Titan named Charlie Dale. Actor Mike C. Manning talked about his new daytime gig. He confirmed that he’s filmed scenes for a few weeks now, so that indicates Charlie will be around for a bit. Manning also said that Charlie is “complex” and the more he finds out about the character, the more excited he gets.

DOOL spoilers reveal that Charlie arrived at the onset of Philip Kiriakis (Jay Kenneth Johnson) and Xander Cook Kiriakis’ (Paul Telfer) war over Titan. Xander was not expecting a new intern and wanted to know where the other assistant was. So, it seems odd that Xander wouldn’t know the assistant was out on an appointment. It is also strange that an intern shows up and nobody knows anything about it.

Now, Philip walked in and was introduced to Charlie. But he didn’t really seem as caught off guard as Xander.

During Charlie’s first day at Titan, he ran into Claire Brady (Isabel Durant). The two seemed to have an instant connection. It is teased that these two could have a romance. Claire also warned him about aspiring to climb up the ladder at Titan. She wasn’t against him having career goals but wanted to give him a heads up about the company itself.

Days of Our Lives spoilers reveal that a promo clip shows that we will soon see a very different side to Charlie. We have seen his public persona… shy, non-confrontational, friendly, and forgiving. However, when he runs into Tripp Dalton (Lucas Adams), he will turn into a confident, gutsy, threatening vigilante. It really was like two different people and it makes viewers wonder what Charlie is hiding.

Speaking to Soap Opera Digest, Manning couldn’t give many details. However, he did say that he’s filmed episodes for a few weeks now. He also said that the role has become “ complex.”

“The role has become so much more complex than I originally realized in the audition process. The more I find out about Charlie, the more excited I am about him and the more I think the fans are going to be interested to see where the story goes. Hopefully, the fans like him and they want to keep him around.”