The Young and The Restless News Update: Donny Boaz Expresses Gratitude For His Y&R Job 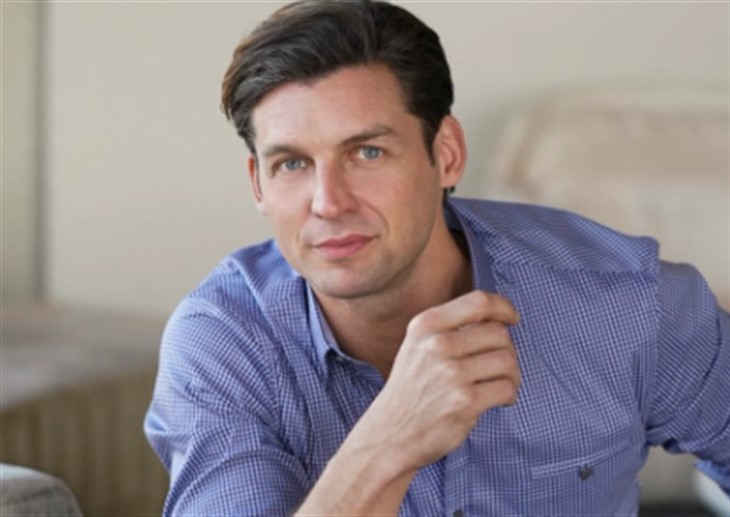 CBS The Young and the Restless spoilers reveal that Donny Boaz (Chance Chancellor) recently signed a contract with the CBS sudser. His fans were thrilled to hear the good news and now Donny is talking about what it means to him to be a part of the legendary daytime drama.

Donny posted a copy of his recent interview with Soap Digest to his Insta with the caption: “I’d like to thank @soapdigest @cbstv @flemmingsonja and @youngandrestlesscbs for this #hottestnewcomer write up. I’m filled with #gratitude not only for this article, but to even have a job. In my industry #jobs are hard to come by. So I just want to reiterate how truly #grateful I am. #thankyou #team #ilovemyjob #yr.”

Donny’s fans flocked online to congratulate him with one sharing, “Love you, Donny! You are great as Chance!! You deserve all the accolades you receive!!!” 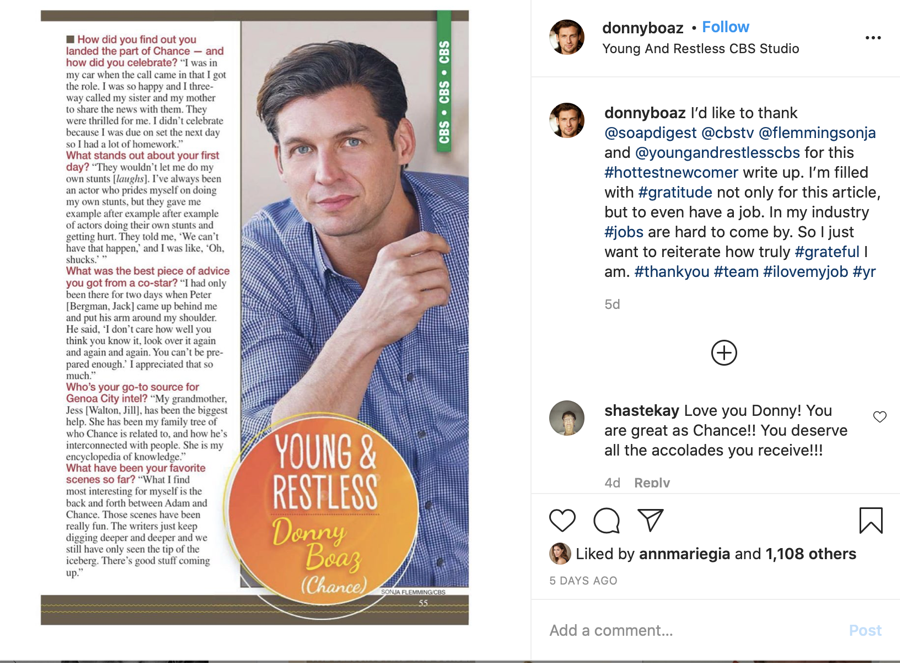 Another fan posted, “I have become a big fan of your acting on Y&R. I hope to see some more great scenes between “Adam” and “Chance”. I hope the writers let you show your fullest potential!”

And one eagle-eyed fan wrote, “Your genuine personality is caught in this article.”

The Young And The Restless Spoilers – What Happens Next In Genoa City For Chance Chancellor?

The good news for fans is that we know Chance Chancellor is sticking around town for the foreseeable future. Unfortunately for him, his future may not include a job with the PCPD as he expected. That’s because he is tied up in a hot mess with Adam Newman (Mark Grossman) and it is coming back to bite him.

The police chief Paul Williams (Doug Davidson) called Chance back into his office to question him about his involvement with Adam after offering him a job. Chance has yet to hear what Paul ultimately determined. But there is always his SO Abby Newman (Melissa Ordway) to keep Chance’s spirits up in the meantime!