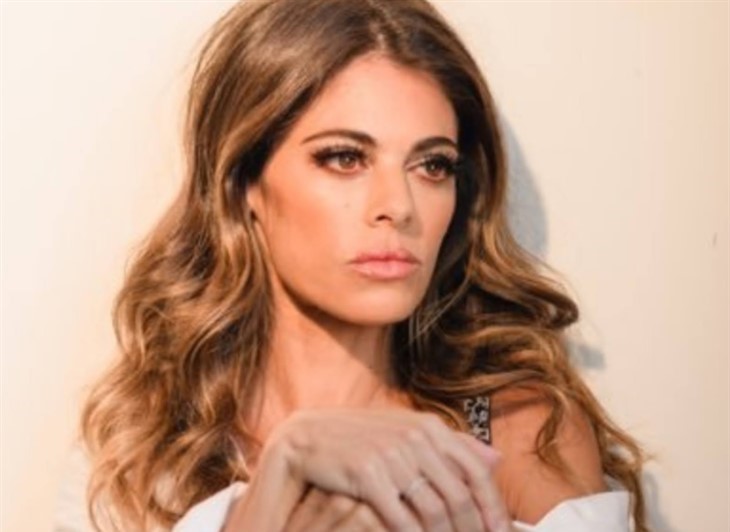 General Hospital spoilers tease that alum Lindsay Hartley (ex-Sam McCall) has an exciting new project to talk about. As you’ll recall Lindsay stepped in for Kelly Monaco after the actress experienced an issue with her COVID mask when the show returned to production.

What is Lindsay starring in now? We have all the details for you here!

Lindsay is starring in a new Lifetime movie titled Young, Stalked, and Pregnant; we think we know what that will be about! Look for this dramatic flick to debut on November 14.

The movie takes a look at the life of a high school student named Audrey who is ready to graduate. The character is overjoyed when she is accepted into a top university.

However, Audrey then discovers that she and her boyfriend Sam are about to become parents, a situation she had not planned on. When Sam finds out he declares they must get married and raise their child.

Despite his ideas, Audrey is determined to make different plans and her future does not include him. That’s when shady Sam and his mother Casey decide to go against Audrey’s wishes and they take matters into their own hands!

Hartley played Theresa Lopez-Fitzgerald on Passions, Cara Castillo on All My Children and Arianna Hernandez on Days of Our Lives.

She stepped in for an ailing Kelly Monaco after the ABC sudser returned to production following a coronavirus halt in filming. When the cast returned to the set strict COVID precautions were in place and Monaco had an issue with her mandatory mask. The issue was temporary but necessitated that she be off the set.

Since Monaco’s return, Sam has been seen with Jason Morgan (Steve Burton) only briefly despite the fact that they are now free and clear to be together. This has some fans wondering what the plan is for the super couple. Are we seeing the beginning of the end for JaSam? Sam has some incredible steam with Brando Corbin (Johnny Wactor) and it’s been speculated that they could eventually hook up–even though he has slept with her sister Molly Lansing Davis (Hayley Pullos)!