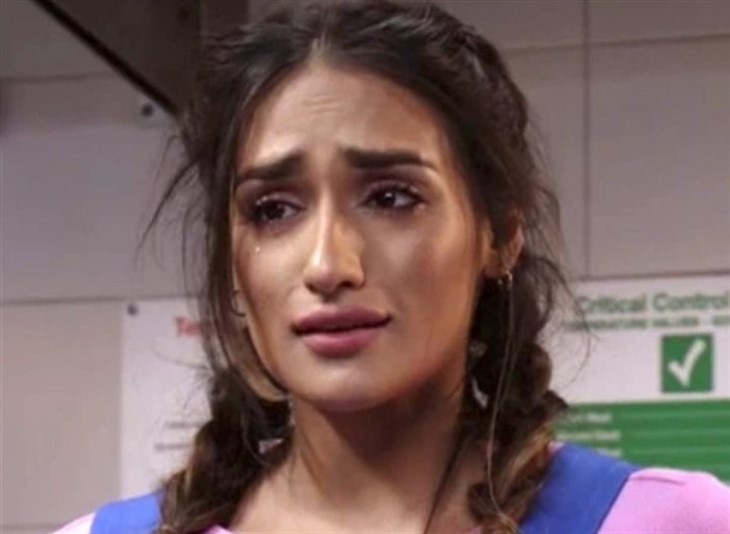 BBC Eastenders spoilers reveal that Suki Panesar (Balvinder Sopal) made a cruel move and turned in her own son. However, Habiba Ahmed (Rukku Nahar) knows something doesn’t make sense. She vowed to find out the truth, but if she starts digging, it could lead to tragic consequences. Could Suki take drastic action when Habiba investigates? Could she commit murder?

It was previously teased that Suki would commit the ultimate betrayal and her own son would suffer. Last week, we saw exactly what that spoiler meant. Suki found Jags Panesar’s (Amar Adatia) jeans at the bottom of the hamper and there was still blood on them. She made a decision right then and there to meet with a detective. She even neatly packaged the evidence in plastic and stated that the person responsible for attacking Martin Fowler (James Bye) was Jags.

Habiba Ahmed Searches For The Truth

Eastenders spoilers reveal that the arrest happened right after Jags announced his romance with Habiba, which Suki didn’t approve of. Habiba couldn’t understand why Jags was just laying down and accepting the consequences when she knows he isn’t responsible. Her panic and confusion soon turned to anger.

She lashed out and told Ash Panesar (Gurlaine Kaur Garcha) that she was going to find out the truth. She is suspicious that Ash knows something, which she does.

Metro speculates that Habiba could figure out what really happened and expose the Panesar family. There is no way that Suki will allow this to happen. We’ve seen her go to extremes before and she could do it again. If Habiba isn’t careful, her quest to find out the truth could end tragically for her. This is exactly what Ash is trying to prevent, but can’t really announce what her mother is capable of.

Now, there is a good chance that eventually, Ash will open up and confess the truth. She is tied by family loyalty, so this makes it really hard for her. She is absolutely horrified by Suki’s actions, but she might be more scared of what her mother will do if the truth comes out. It’s practically unforgivable for a Panesar to betray their family, especially a parent.

But Ash knows that Habiba won’t stop digging until she finds out the truth, which could put her in danger. It seems that Ash will be forced to make a choice… protect her family or expose the chilling truth.