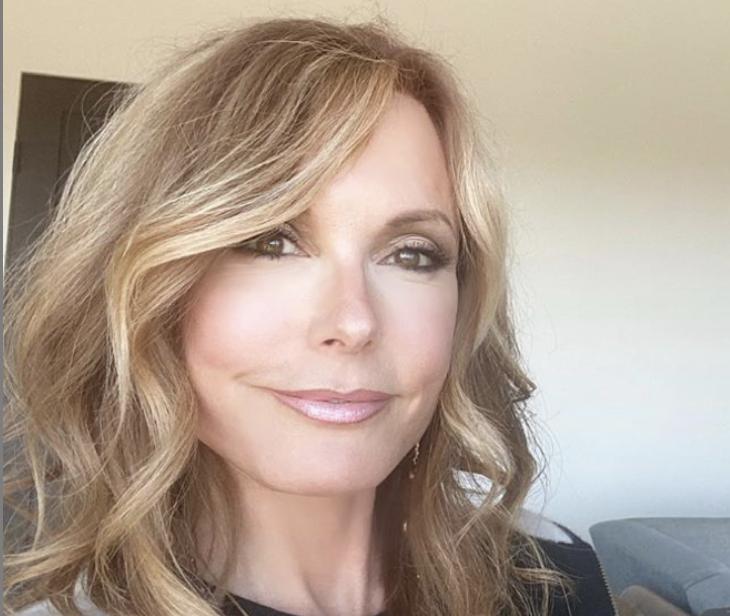 CBS The Young and the Restless spoilers reveal that it’s been almost two years ago since Tracey Bregman (Lauren Fenmore Baldwin) experienced the heartbreak of losing her home as uncontrolled fires raged in Malibu. Luckily the actress was able to evacuate before her home was fully engulfed in flames and she was able to grab a couple of treasured items including her Daytime Emmy award.

As you might imagine the steps she’s taken since then have been challenging but she has been determined to rebuild that part of her life and we’re now happy to report that she has taken a big leap forward in that regard.

The Young and The Restless News Update: Donny Boaz Expresses Gratitude For His Y&R Job

The actress has shared on her Instagram stories that she is in now in possession of the paperwork needed from the City of Malibu to begin building another home on her land.

The majority of Tracey’s material possessions were lost in the fire but the Y&R writing team had a hand in trying to help her move forward. At the time, the writing team bought some of the original vinyl records that her late father, musician Buddy Bregman, cut.

Of that sweet gesture, Bregman wrote, “I am so touched by how people and our community have come together to love and support us all going thru this very difficult time.”

Bregman continued, “I came home to a gift from my @youngandrestlesscbs @youngrestlessep writers and our [then] EP Mal Young. They had found all the original vinyl of my Dad’s, Buddy Bregman. I thought I would never see them again. Your thoughtfulness and sensitivity bring tears to my eyes. Thank you so much. I love you all. ❤️”

More recently, Bregman has been living part-time in Los Angeles where Y&R tapes, and part-time at her Nashville home.

The Young and The Restless News Update: Cait Fairbanks Is Having Musical Fun With Fans https://t.co/WGkBuuDe6w pic.twitter.com/U9LkoTZhuT

The Young And The Restless spoilers – What Is Next For Lauren Fenmore Baldwin On The CBS Sudser?

Tracey debuted on CBS’s top-rated soap in 1983 and we have been graced with her acting talent ever since. She has also been seen on the show’s sister soap, The Bold and the Beautiful. She first crossed over in 1992 when her character Lauren Fenmore Baldwin traveled to L.A. for a Forrester fashion show.

Now Courtney Hope is bringing her character, fashion designer Sally Spectra, to Genoa City where she will interact with Lauren.