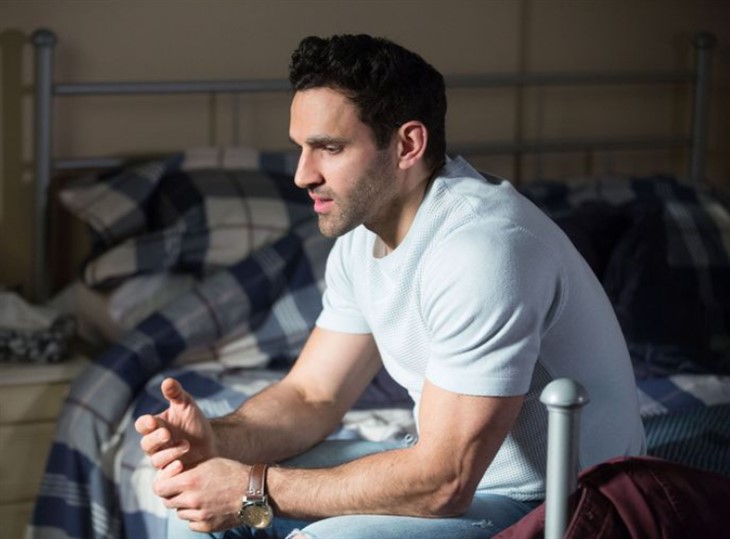 BBC Eastenders spoilers previously confirmed Davood Ghadami is departing the soap. The actor plays Kush Kazemi and he is scheduled to depart sometime next year. Now, there are clues of his exit storyline and it’s connected to his recent gambling. It is teased that it will have an explosive end and Kush will go out with a “big bang.”

During a recent episode, we discovered that Kush had been playing online gambling games during the lockdown. Jean Slater (Gillian Wright) catches him betting on his phone and gives him a warning about gambling. However, he assures her that he’s just having a little fun and killing time. Talk about a huge foreshadowing, especially with what happens next.

Eastenders spoilers reveal that Suki Panesar (Balvinder Sopal) will end up having a small branch of the storyline. She goes to the Slater family and announces that she is increasing their rent. The matriarch claims that it’s because they have more people living in the residence now than when they first moved in. She won’t even give them time to adjust to the increased rent.

It seems that with Suki demanding more money from the tenants and then threatening eviction, Kush could try and solve the problem. Unfortunately, betting is always risky and he could end up losing more than he wins. When this happens, depending on how addicted he becomes to the game, he could do some sketchy and shady things to come up with the money. The Sun speculates that the gambling storyline will have an explosive end that leads to Kush’s exit.

Eastenders spoilers reveal that a source told the Mirror why Davood was leaving the soap and teased a “big bang” ending. The exit was confirmed by the actor’s rep.

“Davood’s contract was up and bosses decided his storyline had run its course… He’ll be missed but they’re making sure he goes out with a bang. Sometimes the cost of having a big storyline means losing big characters.”

Do you think Kush Kazemi’s gambling addiction will lead him to do some illegal acts? Or could he get involved with the wrong people? We will have to keep watching to find out how this story develops.