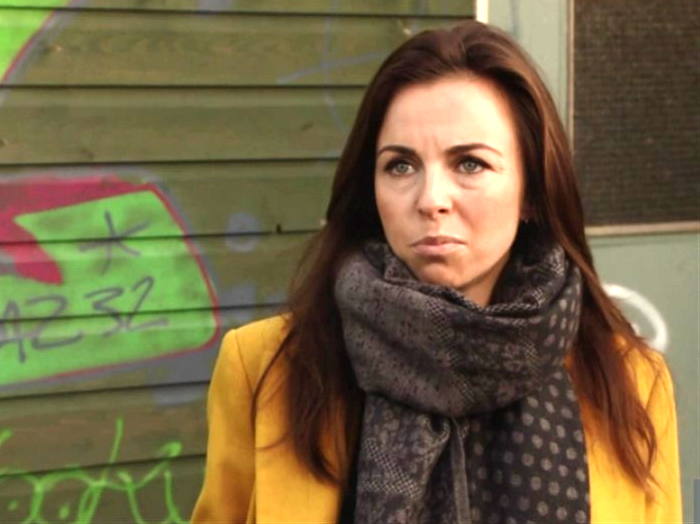 BBC Eastenders spoilers reveal that Ruby Allen (Louisa Lytton) will end up issuing her former best friend a sinister threat. Not long after that, Stacey Slater (Lacey Turner) is brutally attacked and left for dead. It is teased that Ruby will end up being arrested for the crime. But does she really try to kill Stacey or is she being framed?

Since Stacey’s unexpected return, she has been at war with her former best friend, who is now involved with Martin Fowler (James Bye). Stacey ended up stealing Ruby’s identity and went on several shopping sprees. The truth was found out, but Ruby made a deal with Stacey, which would have her avoiding prison time.

However, when Martin and Ruby return from their trip as a married couple, Stacey is furious. She starts gossiping and Ruby issues a sinister threat when she finds out what Stacey has been saying.

Eastenders spoilers reveal that Stacey will receive a mysterious envelope. She opens it up and whatever is inside puts her in a rage. She angrily starts stomping over to confront Ruby. However, she won’t ever arrive at her destination because she is suddenly attacked.

The person who attacks Stacey leaves her in pretty bad shape. In fact, Express revealed that Stacey will be “left for dead.” Now, we know that the actress will be leaving again since she is pregnant. It was implied that she would return after her maternity leave, so we don’t think Stacey dies.

However, Ruby will automatically be a prime suspect because her war with Stacey was no secret. In fact, it was pretty public and the two were definitely not discreet about lashing out verbally at each other. Many times, they would go at it right in the middle of the street.

Is Ruby Allen Being Framed?

Even though Ruby seems like the most logical suspect, we don’t think she is guilty. The way Stacey has no issue stealing Ruby’s identity and spending all her money indicates it’s not new for her. She has likely done this type of thing before and probably has enemies. So, could one of those hidden enemies be the one who actually attacks Stacey?

Or could someone be trying to protect Ruby by eliminating the thorn in her side? One other possibility is that someone is deliberately trying to frame Ruby, but who and why? We will have to keep watching to find out how this story develops over the next few weeks.