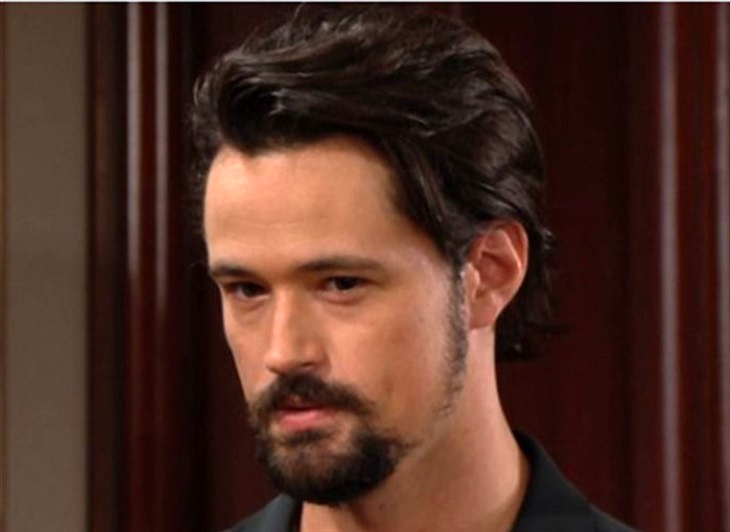 CBS The Bold and the Beautiful spoilers document that Thomas Forrester (Matthew Atkinson) said something that no one would have expected. He sided with Liam Spencer (Scott Clifton).

Thomas told Hope Spencer (Annika Noelle) that he understood, as a fellow father, how Liam felt. This conversation topic was centered on John Finnegan’s (Tanner Novlan) effort to have Kelly Spencer (Avalon and Colette Gray) at the cliff house when Steffy Forrester (Jacqueline MacInnes Wood) returned right after being released from rehab.

Yes, Liam has overstepped his bounds when talking about Finn being irresponsible. The doctor was not the reason why Steffy lurched headlong into a pain-killer addiction that proved thankfully brief.

But Liam was right when he told Finn that it wasn’t his place to ask Kelly’s nanny, Amelia (no last name known for this character played by Nicola Posener), to take the little girl to the cliff house. Liam is Kelly’s father and should have been asked permission.

Finn did tell Liam that he was right to have called him out regarding his feelings for Steffy interfering in his ability to make neutral judgments about her care. But the doctor has controlled his responses when being questioned about medical ethics, which Liam has directly cited.

A seeming delayed response happened via the call to Amelia. As Liam accurately noted, Finn wanted him to be cut out of Steffy’s return and reunion with Kelly. If Amelia hadn’t called Liam he wouldn’t have known until well after the fact.

As part of what was referenced above, Finn also has begun asserting his place in Steffy’s life. That now includes regular contact with Kelly, whose father is Liam. So, the one-time love versus new beau battle is on.

Steffy doesn’t need either man, both of whom care about her in differing ways, creating unnecessary angst right now. Of course, Steffy will never need added drama in her life. But the point is that this good soul is still in the beginning stages of a clean recovery.

Liam won’t like dealing with Finn. But he’ll be forced to do so, as he shifts his competitive responses from Thomas to Novlan’s character. Fans will be watching as a different type of triangle forms on B&B.