The Bold And The Beautiful Spoilers: Liam Wants Both Steffy And Hope, Scott Clifton Explains Jealousy 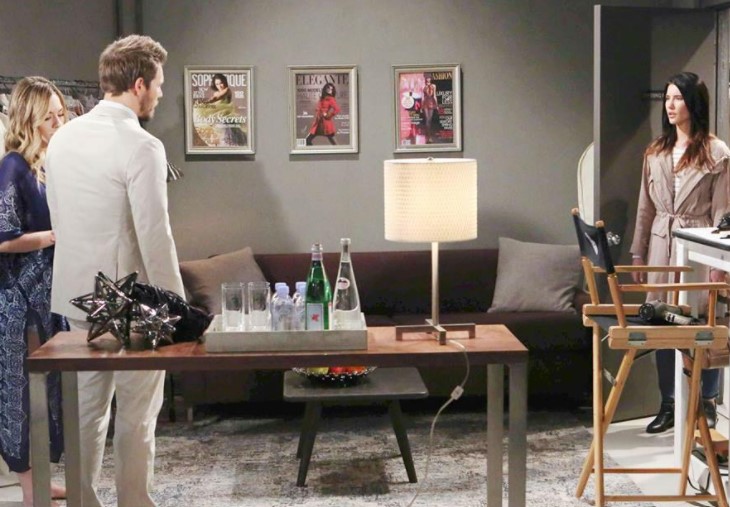 CBS The Bold and the Beautiful spoilers reveal that Liam Spencer (Scott Clifton) is going way overboard and trying to control Steffy Forrester’s (Jacqueline MacInnes Wood) love life. The Los Angeles actor believes that subconsciously, Liam wants both Steffy and Hope Logan (Annika Noelle). But he can’t have his cake and eat it too, especially after his marriage is put on the line.

The Bold And The Beautiful Spoilers – Choosing Hope Logan

B&B spoilers reveal that after years of bouncing back and forth between Steffy and Hope, Liam finally made a decision. He chose to be with Hope and their daughter, Beth Spencer (Madeline Valdez and River Davison). Fans thought that was the end of the love triangle, but Liam’s recent behavior is making everyone worry.

Liam has been called the Eternal Waffler, Waffle King and many other terms. It is clear that he is jealous of Steffy’s new relationship with John Finnegan (Tanner Novlan). It is really making viewers speculate that Liam might change his mind and crawl back to Steffy again. Most don’t want this to happen because Steffy finally has a new man in her life and as a bonus, he’s not a Spencer!

The Bold And The Beautiful Spoilers – Liam Spencer Wants Both Women

The Bold and the Beautiful spoilers reveal that Liam will realize that his issue isn’t necessarily Steffy moving on. It’s that whoever she moves on with could one day become Kelly Spencer’s (Colette and Avalon Gray) stepfather. However, fans still think that Liam wants both Steffy and Hope. It turns out that actor Scott Clifton agrees with that theory. He told Soap Opera Digest,

“Liam has no good reason for being antagonistic toward Finn, so I believe that Liam is subconsciously still jealous and still wants to hold on to Steffy. He wants to have his cake and eat it, too, and his behavior is unacceptable.”

The Bold and the Beautiful Spoilers – ‘Lope’ Marriage at Risk

What stops Liam’s irrational behavior is his current wife, Hope. She makes it clear that Liam better knock it off or he could lose his marriage. Hope reminds him what is at stake… which is her. This makes Liam stop and realize that he can’t keep doing this. It’s time to move on and stay out of Steffy’s personal life.

The Bold And The Beautiful Spoilers: Will Steffy Be Honest With Liam & Finn…

The Bold And The Beautiful Spoilers: Finn Forgives Steffy In Time, But Needs One…