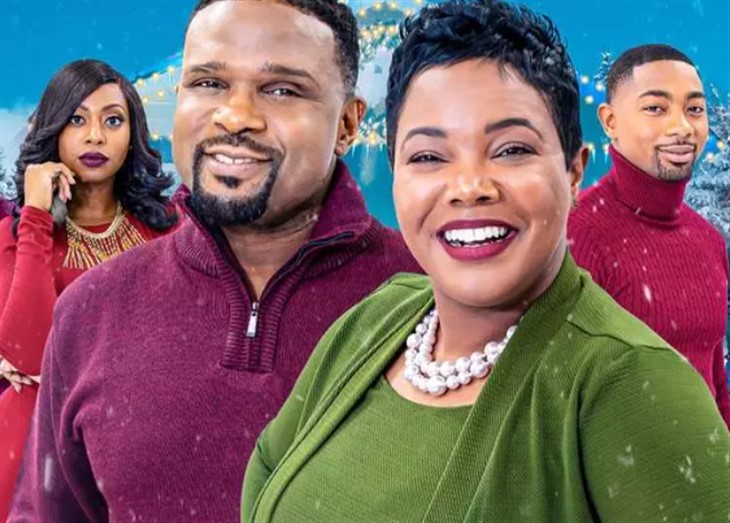 CBS The Young and the Restless spoilers reveal that alum Darius McCrary has an exciting new holiday movie to talk about. Hollywood actor Shemar Moore as Malcolm Winters until he left to grow his career and we all know how that went! McCrary took over the role after Moore departed, a part he played from 2009 to 2011.

After Y&R McCray, like Moore, went on to have a hugely successful career starring in the television series Family Matters and Anger Management. He appears in a fun new Christmas movie this season and we have all the scintillating details for you here.

The movie is titled Christmas In Carolina and debuts on Roku on Sunday, November 1. After that, it will be widely available across VOD transactional platforms.

The movie is about Elle, a hard-driving investment banker who sadly loses her parents in a tragic accident and then gives up on Christmas and love. Until she meets Wesley, a former NBA star and now in charge of a small marketing firm.

Wesley asks Elle to spend Christmas with his family in his South Carolina hometown. The lovely lady is not sure but agrees in the end. Then lo and behold, Elle finds the best present of all waiting for her on the special journey.

The show celebrates love and family and with Christmastime as a backdrop, what’s not to love? It was directed by Peggy Williams and written by Stacie Davis and stars McCrary, Jocelyn Y. Hall as Elle, David L. Rowell as Wesley, and Terrence Shingler as Ryan.

Writer/producer Davis says, “Being able to bring the story of Elle and Wesley’s romance to life was an absolute joy, especially as I was able to incorporate Christmas into it! I sincerely hope that everyone finds some holiday cheer at Christmas in Carolina!”

Dana Webber is the CEO of Legacy Distribution and adds, “We are incredibly proud to share this uplifting, positive story, especially this year, as we move into the holiday season. It is exactly the dose of happiness we all need!”

Christmas in Carolina sounds like a winner, and we can’t wait to once again see standout Y&R alum, McCrary.