The Young And The Restless Spoilers: No Love Between Elena and Nate – Better to Keep One Night Stand Secret? 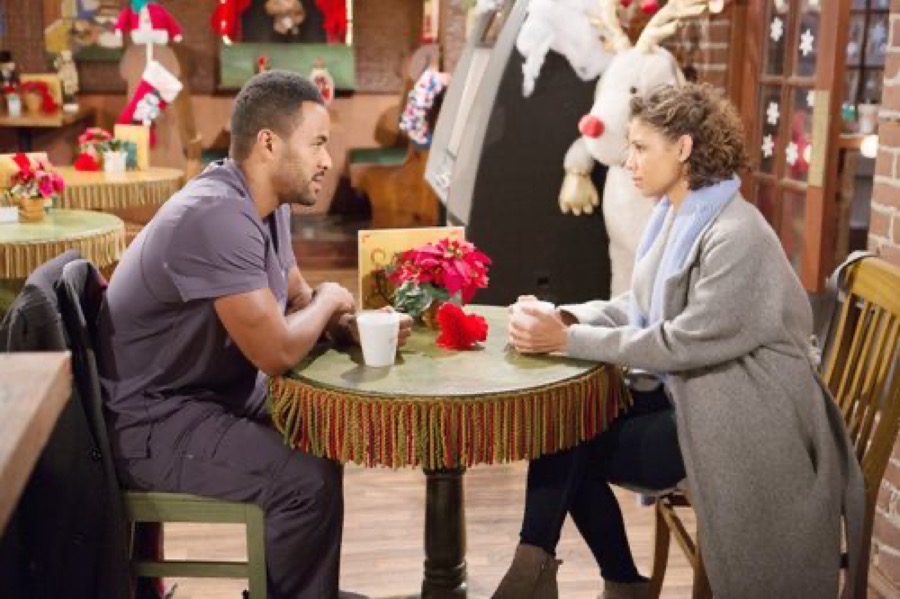 CBS The Young and the Restless spoilers document that Elena Dawson (Brytni Sarpy) feels like a terrible person. She’s not that and shouldn’t consider her impulse mistake something that can’t be overcome.

The truth is that Elena and Nate Hastings (Sean Dominic) weren’t on the way to becoming a couple, didn’t plan to do anything wrong, and felt terrible immediately after the New Hope Clinic event happened in Genoa City, Wisconsin. Their shared feelings of dread reaffirm that Elena loves Devon Hamilton (Bryton James) and Nate doesn’t love Dawson’s character, or at least Elena and Nate don’t love each other yet.

The Young And The Restless Spoilers – Choosing To Face Consequences

An emotional explosion will be seen if Elena brings herself to tell Devon what happened with Nate. No one would blame James’ character if his stunned reaction was followed by outrage. Nate would be prepared for his cousin giving him a verbal lashing, if not throwing a number of physical punches at him.

If Elena and or Nate decide to unburden themselves to Devon by detailing their time together, then there’s no telling what will happen. Devon could decide to split from Elena and never reignite Elevon, or Delena if one prefers, as both nicknames sound good when speaking about this sweet couple.

Neither Devon nor most people can see what’s coming, assuming a self-reveal. Of course, matters will be far worse if Devon somehow learns what happened through someone other than Elena.

Nate’s tell or unforced reveal would be crushing all on its own. But this is soap, so there are other dramatic ways in which Devon can learn that his perceived, devoted soul mate broke trust. The options are unlimited and aren’t determined by any time frame.

The Young And The Restless Spoilers – Alternative Options Considered

Devon suffers a serious illness, or injury, or Elena experiences either. Those situations could be rationalized as reasons why Devon isn’t told what happened.

There’s also the assumed pregnancy storyline that could have Devon or Nate be the father of Elena’s child. That infinitely important life factor could indefinitely delay, or prevent Devon from learning the truth.

The Young And The Restless #YR Spoilers: Why Did Summer Leave Kyle?https://t.co/oTCmEinppM

Again, Elena could simply decide to keep what happened to herself and to swear Nate to total secrecy. Both people would weigh Devon’s need to know against the extra pain they would cause him, with their calculation being that Nelena will never become a couple, right?