The Young And The Restless Spoilers: Devon At Extreme Disadvantage – Elena’s Choice Alters His Life 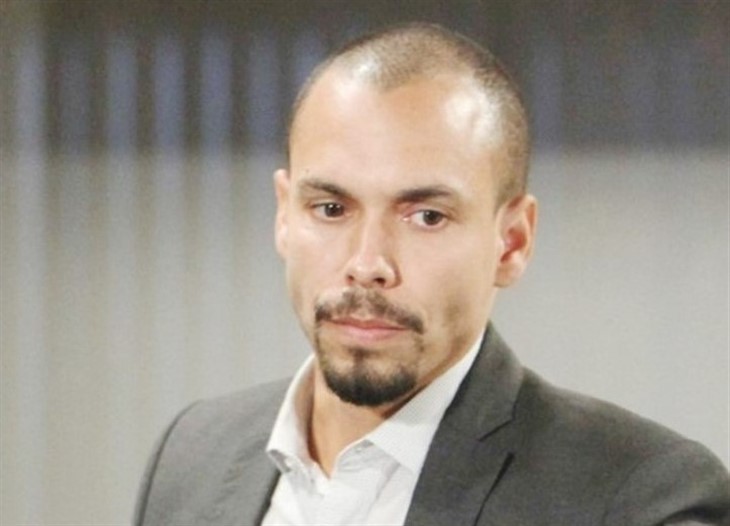 CBS The Young and the Restless spoilers document that Devon Hamilton (Bryton James) has no idea what happened in Genoa City, Wisconsin between Elena Dawson (Brytni Sarpy) and his cousin, Nate Hastings (Sean Dominic). But that mistake is sure to significantly alter Devon’s life.

Devon and Elena formed what has been a wonderful relationship. Dawson’s character met Devon during what was a deeply important time in his life. She proved vital in helping him to overcome the debilitating effects that grief created. Together, they were clearly moving toward marriage.

Nate renewed his connection with Devon after returning to Genoa City, Wisconsin. The cousins became close.

Devon did not even consider that Nate would betray his trust in such a hurtful way, which is why he asked Dominic’s alter ego if he knew what was troubling Elena. Devon’s question was based on the amount of time Nate and Elena are known to spend together at the New Hope clinic.

It was at that clinic that the reappearance of a local young man, Jared (no last name known for this character, who is portrayed by Michael Maclane), that sparked the response Elena and Nate had toward each other.

Elena has been off-balance, to varying degrees, since Amanda Sinclair (Mishael Morgan) came to town. The shocking identical resemblance to Devon’s late wife, Hilary Hamilton (Morgan), threw everyone who saw Morgan’s newest character. But none of those other people were as fully impacted as Elena and, of course, Devon.

The recent reveal, which was spurned by Nate’s tell Amanda about her blood type, shook Elena. She felt that the identity confirmation meant that Devon would eventually be lost.

Elena responded by seeking comfort with Nate, whose circumstances were vastly different. He made a different type of mistake which, like Elena’s, can’t be corrected after the fact.

The Young And The Restless Spoilers – Coverup Drives Split

It’s not possible to know what would have happened if Elena told Devon what the truth about her and Nate. It’s possible that Devon would have been able to eventually forgive her, assuming she was fully remorseful.

But now Elena is going to have to include her reasons for covering up what happened in a probably forced admission. Her excuse will surely be centered on not wanting hurt Devon, which is what Nate will also be inclined to say.

Elena’s choice to withhold this uncomfortable information from Devon is risky. Her decision could mean a certain end to the deep couple’s status she’d achieved with the man she loves and a chance at having a future with him.