Days Of Our Lives Spoilers: Clyde And Orpheus Form An Uneasy Alliance As They Again Join Forces 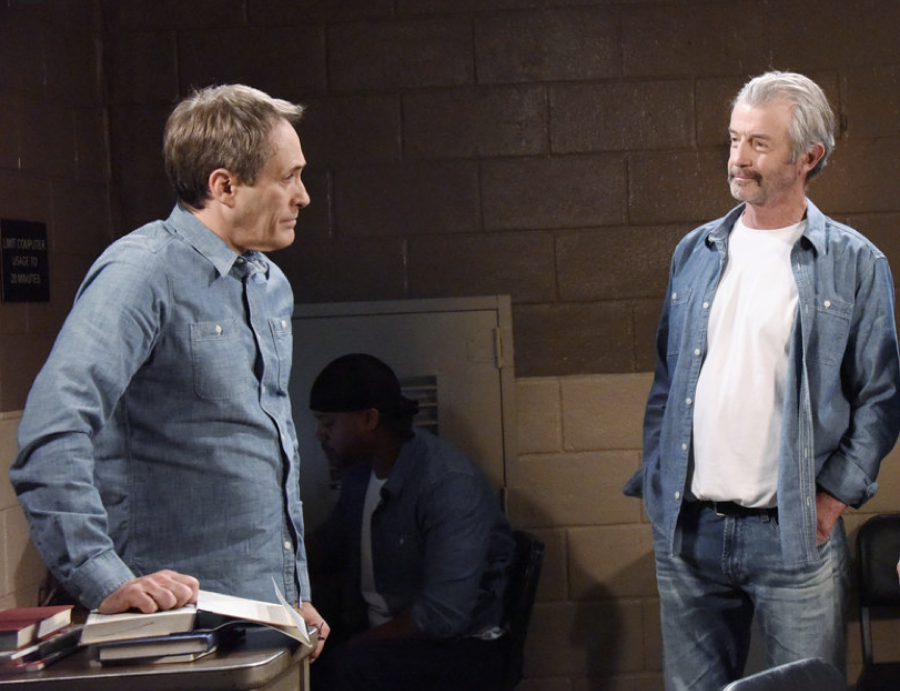 NBC Days of Our Lives spoilers tease that Clyde Weston (James Read) and Orpheus (George Del Hoyo) will form an uneasy alliance as once again they join forces and head to Salem!

DOOL Spoilers – Clyde Is Not Happy With Orpheus, But They Will Have To Work Together

Viewers will recall several months ago that Clyde was not happy with Orpheus. Orpheus’ son Evan Frears (Brock Kelly) aka Christian Maddox killed his stepdaughter Jordan Ridgeway (Chrishell Stause) and framed Clyde’s son Ben Weston (Robert Scott Wilson) for it. Ben came very close – TOO close – to dying from a lethal injection, of which he had gotten two out of three shots of for Jordan’s death. Orpheus and Clyde had worked together on two previous prison breaks, and it looks like they’re teaming up again on this one.

The last time Clyde had been out it was in an effort to free Ben! This time, both men want to be out of Statesville where they each have some business they need to accomplish. Clyde again is worried about his son Ben, after hearing about his new bride Ciara Brady Weston’s (Victoria Konefal) presumed death. Orpheus, on the other hand, is trying to get his son, Evan out of Bayview Sanitarium!

Why Evan’s in Bayview instead of in Statesville, where it looked like he would be the last time he was seen is still a mystery! One has to wonder if Orpheus even knows Ben’s out in the open – you would think he’d be worried about him hunting Evan down! Clyde obviously keeps up with the news in Salem – Orpheus, perhaps not so much! So they work on a plan to get out, even though neither one of them are the friends that they once were!

Days Of Our Lives Spoilers: Jan And Charlie Both Deceive Claire, Are They Connected?

They strike on an idea for a city-wide blackout – one that would affect Statesville Prison as well. If the electricity was knocked out in the prison it would knock out the security cameras. It would also disable any cells with electronic doors – such as the one Dr. Wilhelm Rolf (William Utay) is in. Orpheus and Clyde aren’t working with Rolf, but Rolf will definitely reap the benefits of their plan! If the prison, the prison yard, and the city of Salem are all dark, it will buy them plenty of time.

They will have to hurry to take advantage before any generators the prison might have kicked in! Once they are free, they will go their separate ways. Both men are concerned for their sons, but it looks like both their sons have plans of their own as well. Ben, a deadly vendetta against Vincent Belman (Michael Teh) for kidnapping and presumably killing Ciara. Evan, perhaps just wanting to get away from all those crazy people and not realizing he is one of them! Orpheus, out of his own mind for not realizing it! There will be danger – as Shawn Brady (Brandon Beemer) mentions in the preview. He says no one is safe, and Rolf has his own plans as well!