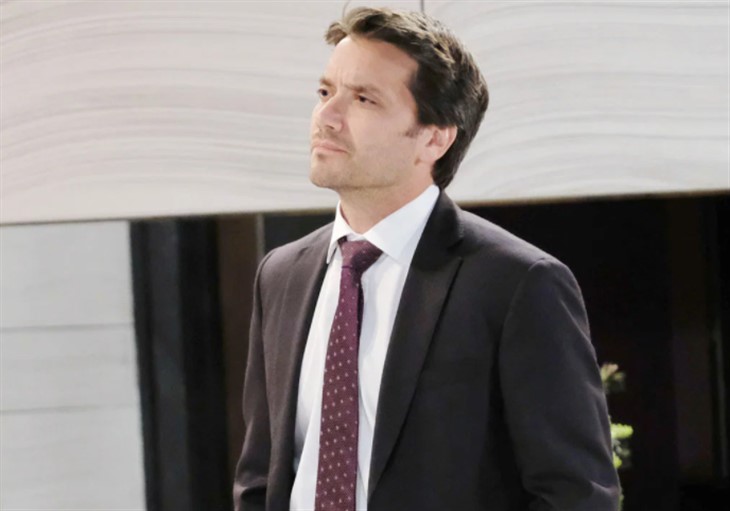 ABC General Hospital spoilers reveal that Dominic Zamprogna (Dante Falconeri) is exercising his right to vote in Los Angeles and sharing some background about this momentous action.

According to Zamprogna he once took the right to vote for granted but has spent a decade not being able to do so in the United States or in his previous Homebase in Canada. After that, he savors the right to cast a ballot even more so and he hopes that his fans will as well.

General Hospital Spoilers – Dominic Zamprogna Is A First-Time US Voter

He went on to say, “My voting privileges were essentially stripped away. This is important to me. I have to say before I could vote anywhere or anytime I wanted in Canada, I didn’t see the big deal that it is. And now that

It was obvious that he wanted to get a message across to viewers when he said in a heartfelt way, “I hope people who didn’t vote last time get out and vote this time because it’s important. Our immediate lives depend on it, kids lives depend on it and humanity and how we are with each other one on one and when we disagree on things… now we can do that in a civilized way without hate and without division, and with respect and love, that’s all riding on this, this year.”

Zamprogna concluded his message by saying, “So get out and vote, it’s your right — don’t take it for granted.”
General Hospital spoilers –What is next for Dante Falconeri in Port Charles?

Zamprogna recently returned to the role of Dante Falconeri on the ABC sudser. The character had been away in Switzerland getting some much-needed therapy after PTSD nearly ruined his life and endangered his family.
But now that he is back fans will get a chance to see if he is really better off than when he left a broken man. After imagining holding a gun on his love rival Dustin Phillips’ (Mark Lawson) head, will he do something truly dangerous next?